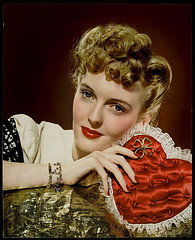 It’s really easy to get used to business models. As if they were natural things that have always been there.

But actually, all the successful machines that make money were at one point extraordinary – inspired wonder when the first company found them.

Here are some recent examples:

1) Flickr. Invented “freemium” for SaaS on an at all large scale. Before then on the Internet you had to either buy things, or things were free.

2) Dropbox. It’s virality was geniunely new feeling. Sure, there were affiliate schemes and coupons before, but few things that were quite so financially linked to the business.

3) Github. Despite “freemium” branching out into other areas, everyone before github was either offering free open source code hosting OR selling private code hosting, not doing both in one company.

(I’ll get at least one comment pointing out earlier companies using the same models as some of those. That’s OK – different people will learn about different businesses first that hit on a certain method of success)

Many years ago I got reasonably far making a Subversion version control hosting service with Rufus. This was before Flickr or Github, and it just didn’t occur to us that it was possible to have a freemium model. Maybe servers were still too expensive for it to work, maybe we just weren’t as imaginative as the Flickr founders. 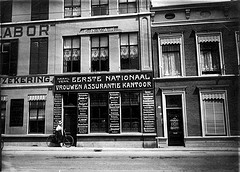 Going further back, there are endless interesting cases.

Imagine when somebody first thought of insurance, or owning a market in a city charging for stalls, or selling a leasehold on a property. Basic things that we do every day were once the wild ideas of genius entrepreneurs.

In the vast phase space of functional businesses, there are lots that are alien and strange, that nobody has tried yet, or nobody has tried well, or that only just now could work because of a change in technology or society.

A startup is a boat, hunting for them.