Here’s what I think:

In his essay “How not do die“, Paul Graham points out that the real reason startups fail is that the founders give up. They stop changing the product, they stop doing deals.

We spent from June 2005 until probably mid-2007 trying lots of things out. But as this blog post in 2008 shows, by then it wasn’t something we were working on any more. 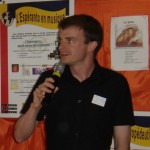 Tim Morley, who is an absolute hero, continues to run the site as a volunteer. And it continues to do amazing things, like help rebuild a burnt out furniture shop after a riot. But we stopped iterating on the core product –  removing things that didn’t work, trying new things that did.

Because of that there was no way it would go to the next level of usage. We gave up.

Why did we give up? Opportunity cost. mySociety runs lots of amazing sites, so there were other things that gave our limited time and energy a better (social!) return on investment.

But we have to accept that as a result, we missed making something as impactful as Kickstarter or GroupOn.

We didn’t accept money. Even though some of our most successful pledges involved promises about money. Oh we talked about financial escrow really early on.  Looking in my email, about once a year we had long detailed threads discussing how hard it was to implement.

Sure, there were genuine difficulties with credit cards in the UK and with Paypal at the time, and we had fears about chargebacks. But we had overcame much greater difficulties to do things we cared about before that.

No, I think the technical excuses were just that, excuses. Really, we didn’t like the idea of accepting money. The original product idea wasn’t about money – it was about people doing things together. That’s what we were trying to make happen.

Theoretically though I now see that this is bunkum. Money is just too useful an intermediary of value that people already understand. As Kickstarter has shown, even for social goods.

We thought that the benefit of everyone else doing the thing, of the collective action completing, would be enough. It isn’t. Kickstarter would in theory work as just a pot you throw promises of money into.

But it does more than that, every project has a selfish thing you get just for promising. So, for example, if you fund this documentary as well as the benefit of getting to see the documentary, you’ll also get anything from a free DVD of it to a year’s supply of fairtrade bananas, according to how much you pledged. 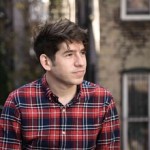 I asked Yancey Strickle (Kickstarter founder) about this at Newsfoo a couple of months ago. He said that right from the start they’d realised they had to give rewards directly according to donation amount to “avoid donor fatigue”.

I can’t remember thinking of even adding this to PledgeBank, but suspect we were so focussed on the beautiful dream of pure opt-in collective action, it never occurred to us.

It was always really hard to explain what PledgeBank was. It, ummm, lets you do things together, with a condition! People would be baffled, what kind of things?

It’s a difficult decision in a product to tweak how broad or narrow it is, and it depends on its market (products and markets are the same thing, a topic for a future blog post). But I think for the nascent collective action market, we were a bit too broad.

In theory, every project on Kickstarter could happen on PledgeBank. Look, for example, at the successful Nouveau graphics card driver pledge. But in practice, even if PledgeBank took money, it’d just be more confusing to use for Kickstarter-like projects.

Kickstarter has a community. It has a simple strapline “funding for creative projects”. Magically, in some cases, making something narrower can make it clearer and better, and so bigger than something broader.

5. Wanting it to autoscale.

We had a culture at mySociety that all our sites would basically run themselves, with not even one full time geek on each one, and certainly minimal ongoing administrative support. The power of code would make them work.

(In practice we now have one customer support member of staff and loads of volunteers running sites, but that’s another story)

I’m not sure now whether Kickstarter used professional copy – some of the early projects had such good videos and text, I thought it had been curated by the core team. In my brief chat with Yancey he said otherwise, although I was left confused if they’d never curated them, or just didn’t do so now.

I think that with better wording and design and pictures and videos and presentation, some of the pledges would have been much more compelling and clear as products themselves.

The above are the things we didn’t try product-wise that might have helped. Some other notes:

We didn’t remove features. Rightly we kept trying stuff, like local search and PDF posters. But we just let features creep over time, rather than removing them when they weren’t any good. We weren’t lean, testing hypotheses and measuring what we did.

We never tried to hide the conditionality. Neither Kickstarter nor GroupOn throw it in your face, it is just kind of implied or inferred. Group action is an abstruse concept in the abstract, we gloried in it a lot. Instead, like our technology stack, we could have had the goal of hiding it.

On Twitter, Gavin Starks said it was timing, that we were not commercial, and not in the USA. He’s right, in that we were focussed on success in a different way to a commercial startup (see above). And the USA does dominate thought on the Internet. However, Omidyar paid us to have a PledgeBank marketing person in the US for a year, so I don’t think it was the limiting factor here. We never made it really fly even in the UK. Finally timing… I’m not so sure, I think our timing was fine, GroupOn was started while PledgeBank was going strong.

sil, Paul and Andy capture quite succinctly much of what I’ve said in a more long winded way above. Basically I think they’re right. They also add to my point above that PledgeBank was too broad, by pointing out that expecting people to do things was always going to be a struggle. (The money issue is the obvious solution to that, but I hope not the only one).

Paul and Martin both say that PledgeBank hasn’t failed… I don’t agree. It hasn’t had the impact it could or should have done. It is better to admit that and try and learn lessons. Paul, yeah GroupOn does feel a bit sour now, but had we even stumbled on a fraction of it, the best democracy geeks in the world would be millionaires, and think what they might have done then…

Finally, Tony says that PledgeBank stayed the same after launch. It very much didn’t in terms of features, gaining everything from geocoding to Facebook. But Tony is right that in terms of core vision it did stay the same.

There’s still lots of potential for PledgeBank. Barnet council have paid for a special custom version of it, which leads me to lots of ideas for collective action in just the Government/democracy space.

e.g. Think if you were still taxed, but you had to allocate how it was spent via a conditional spending Kickstarter-like site anyone could contribute ideas to. Or imagine a GroupOn for Government run services, that gave you daily discounts on skills training or swimming pools.

Finally, Martin and sil still like PledgeBank’s original vision. And I do too. Maybe, somewhere, somehow, someone, manages to make it fly. To quote sil:

Pledgebank wouldn’t be “an unsuccessful Kickstarter”, it’d be “easily the most successful coordination-problem solver”

6 thoughts on “Part 2: Why I think PledgeBank failed, when GroupOn and Kickstarter flew”