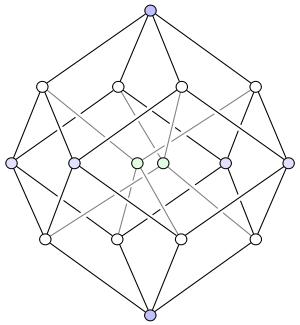 Each point of it represents a specific need that a specific person has, an iota of utility.

One night, someone persuades cartoonist Randall Monroe to take LSD so that he can draw a map – it’s a bit like this, only even for a rough map he has to paint it on the 26 dimensions of a bosonic string [1].

Bright spheres of product/markets swarm over the phase space.

Chain supermarkets hang in an oppressive morass, dominating one corner. The part of this representing best-selling novels scantily overlaps the impenetrable fortress to the north that is Internet book stores.

Extending from there to the south-by-south-west is where I’ve spent my working life hanging out. A bursting region, tearing the fabric of the space, loosely encompassing all those needs met by computers, by the Internet.

Little of it is very direct – it fires off in tendrils in the spin direction, which represents meta-needs, such as of a car factory needing a toolmaker needing a CAD software company to write some software to exactly position a metal drill [2].

If you draw the boundary of a specific product, you’ll find it mainly covers a coherent lump of the space. It’ll have zaggy edges, wild spikes where someone uses it for something not quite intended – a tool intended to be used to track faults in software, instead used to track repairs needed to a house[3].

Consultants and salesmen work busily all over the map, stretching tendrils out from multiple products by hand, extending filaments from the bright areas into the dark. 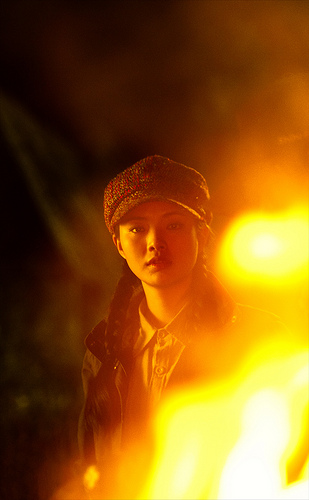 You can see all three stages of innovation [4] bubble in the raw structure.

1) A bad idea for a product business pops into quantum reality and immediately gets sucked into the huge black hole of a nearby product that is very flexible. Elsewhere, someone spots a dimension nobody had considered clearly before, and finds a medium-sized dark spot nestling there. They have an idea that would fill it, but it’s too early, or they don’t have the time, passion or money in this life to light it.

2) Much later, a second person (maybe after talking in the pub to the sister of somebody who years previously read a tweet by the first person) has almost exactly but not quite the same idea. They make a prototype, and a brief glimmering star lights up in the darkness. For a few weeks it’s kindled, a concierge service lighting it by hand as a few of their friends try it out and find it useful. Or maybe they launch a product, but it doesn’t have the success they wanted. Too early, lack of time, of money, of passion, distraction by hedonism – whatever reason, not enough people buy it to make a viable enough business, and the fire is soon enough blown out.

3) Finally, a third person realises something important about the market of the new product idea and pushes it along the space to a fatter area. Anyway, time has passed and all the dimensions have reconfigured somewhat. Finally, a new glowing inferno burns in the gap.

A startup is by definition a hunt for one of those spaces, or a subspace within one, just the right size and place for the team, and the time.

[2] Randall briefly tries to sketch the supply chain lines on his map. The design of the original map was so tight, the reoriented mess now so incomprehensible, that he has to tear the whole thing up and start again.

[3] Someone else is keeping their DNA there.

[4] See the Myths of Innovation by Scott Berkun.

One thought on “Mapping the product/market space – an hallucination”