From a distance it looks bad. We haven’t sent humans to the moon for over forty years. There’s no grand, visible, memorable showpiece – apart from space shuttles exploding and being decomissioned.

And yet, when I recently got interested again, I found a flurry of things had happened. Many I had seen in passing, but not really looked at. All together, they add up to something amazing.

It’s simple. Without the atmosphere in the way, you get better pictures. Beautiful pictures.

But have you seen this one of young stars sparkling into life 20,000 light-years away? 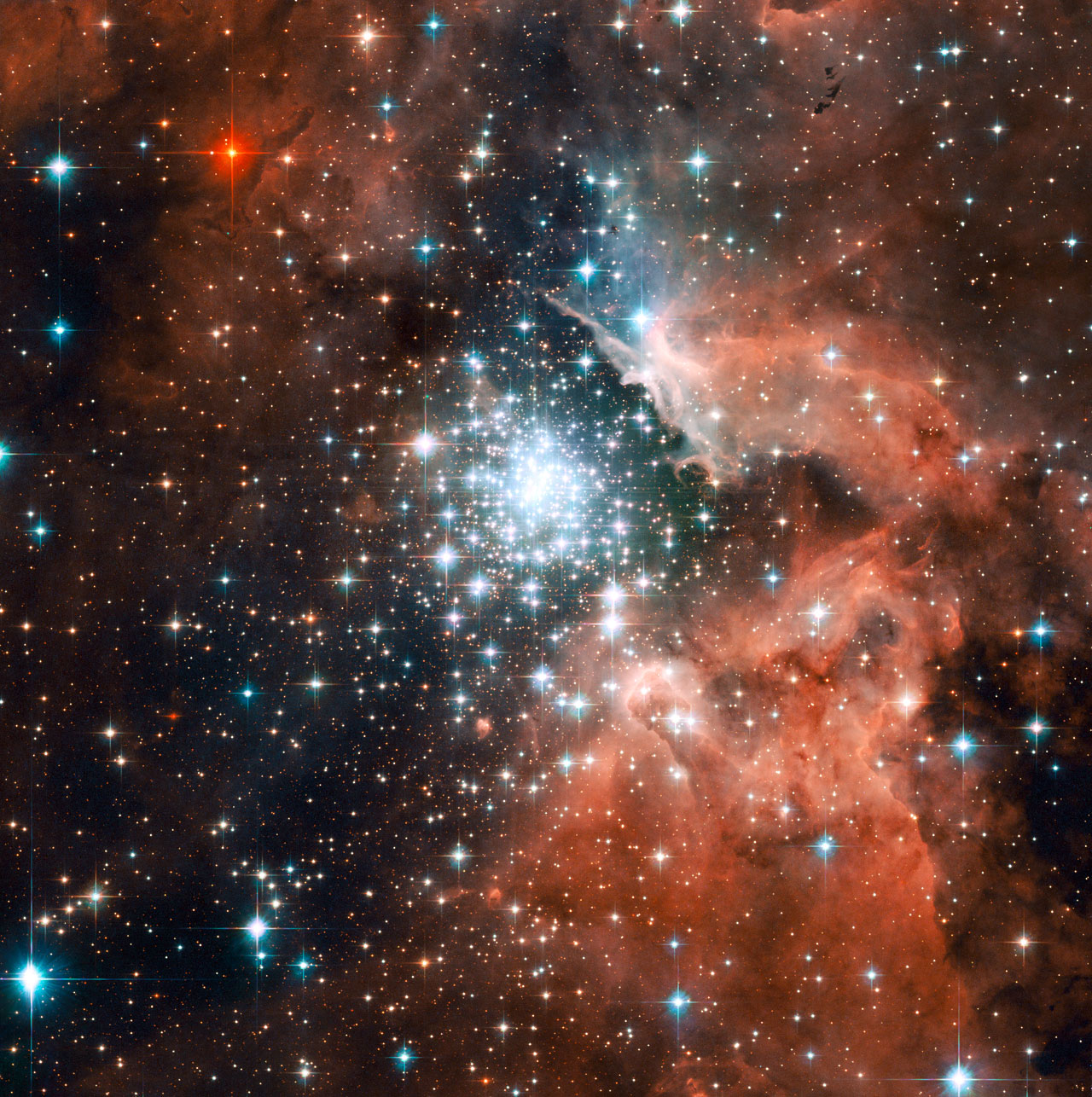 There are endless more. I get lost reading the Atlas of Peculiar Galaxies and looking at Hubble’s top 100 images. Trying to imagine what they all really are.

You can’t even say this new space world excludes humans.

Since 1998, a station has orbited above us. Continuously inhabited.

Recently, the Internet gives this a new intimacy. You can follow Reid Wiseman, tweeting pretty constantly from space. 3 million people have watched this tour of the station by a departing commander.

Most immediate of all, the HDEV video project gives continuous pictures of the earth from the space station. Through your tablet you can stare, imagining you’re up there, looking down on our planet during a break. Every hour or two, snaking around the world. 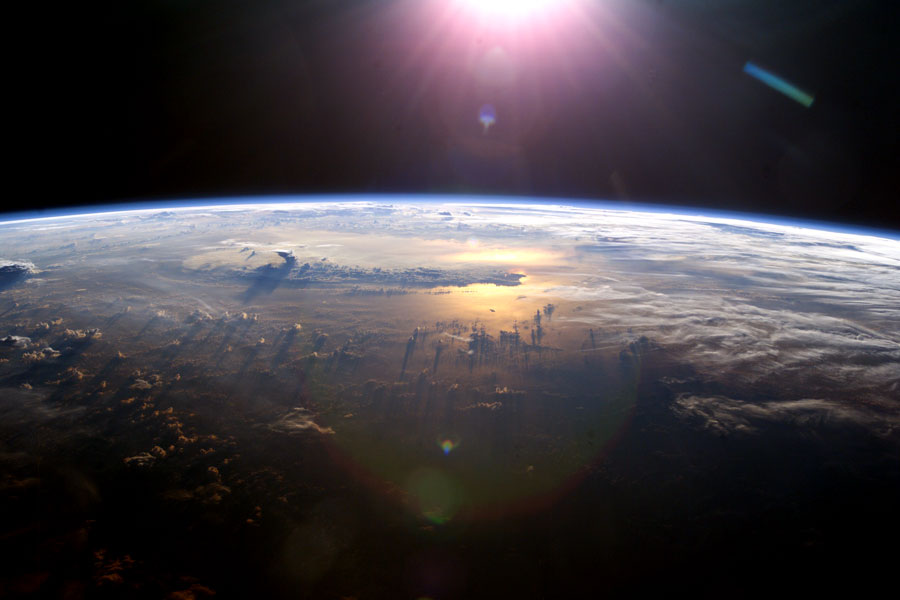 Every now and again we detect a fantastic, crazily strong pulse of energy, as much as the sun emits in its entire 10 billion year lifetime. Nobody knows what they are – perhaps neutron stars colliding with black holes?

To investigate this, astronomers made a series of increasingly powerful satellites, culminating in Swift, which was launched in 2004 and is still running now.

About once a day, Swift detects a Gamma-ray burst and sends its location out via the Gamma-ray Burst Coordinates Network. Immediately, telescopes all over earth and space swivel towards the burst, capturing its afterglow to try and learn more about it.

We don’t have very good photos of them yet. Although there are some gorgeous artists impressions.

The nearest compelling real picture is this one of a Wolf-Rayet star, which are a possible cause of the bursts. 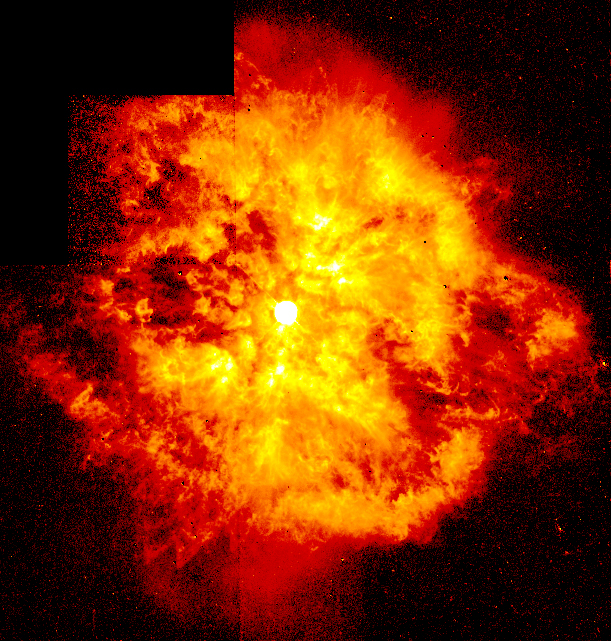 You can hardly have missed that two chirpy robots have been wondering all over Mars since 2004.

This year, the remaining one finally outpaced the record for longest distance travelled on another world, previously held by a 1970s Soviet moon rover.

They’ve made major scientific discoveries about the atmosphere and geology of Mars.

For example, we now know lots about the water on Mars (there are even polar ice caps!).

More immediately, though, they’ve taken detailed panoramic travel photos of another world. For example, Opportunity snapped this one of the Victoria Crater. Hover over it and scroll right to see more.

5. Landing on a comet

It’s impossible to describe the Rosetta probe’s crazy journey, richocheting off four planets to gain speed. You’ll just have to watch this video.

Ten years in, Rosetta is now in a kind of jolty orbit round a comet. Comets are important as they may contain rock similar to in the early solar system, and they may have been the source of water on earth.

In this photo taken by Rosetta, you can see the dumbbell-shaped comet, and the faint jet of the comet’s tail which is just firing up as the comet heads nearer to the sun. 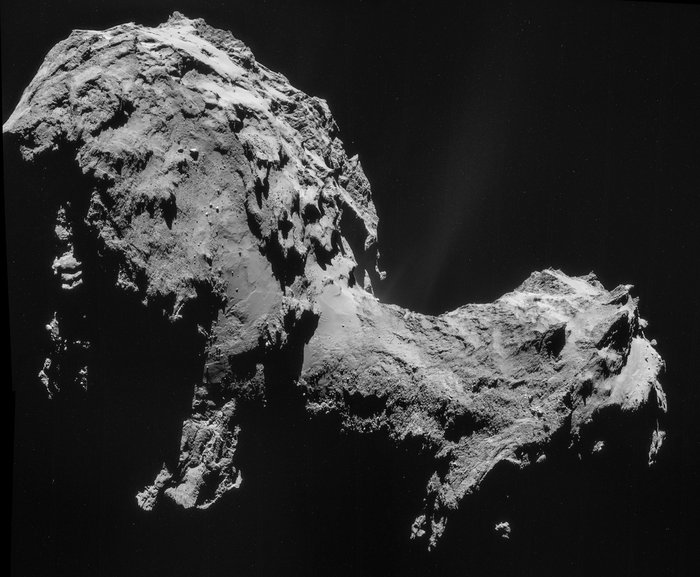 This month, Rosetta is going to release a baby probe which will land on the comet.

Maybe you’re tired of looking at the 12 billion year old galaxies in Hubble’s picture of the deep field, and want something a bit older.

Radiation from shortly after the universe begin, travelling for 13.7 billion years, finally reaches us each day. It’s from a time before stars, when the universe was a cloud of hot gas.

We’ve known about this “cosmic microwave background” radiation since the 1960s. It’s key evidence for the big bang.

Not content with low detail pictures, cosmologists have made a series of spacecraft. WMAP was launched in 2001. It lived way out, cuddled in a gravity well just between the earth and the sun.

After 9 years of observations, it produced this image. The colours represent temperature fluctuations which then grew to become galaxies. 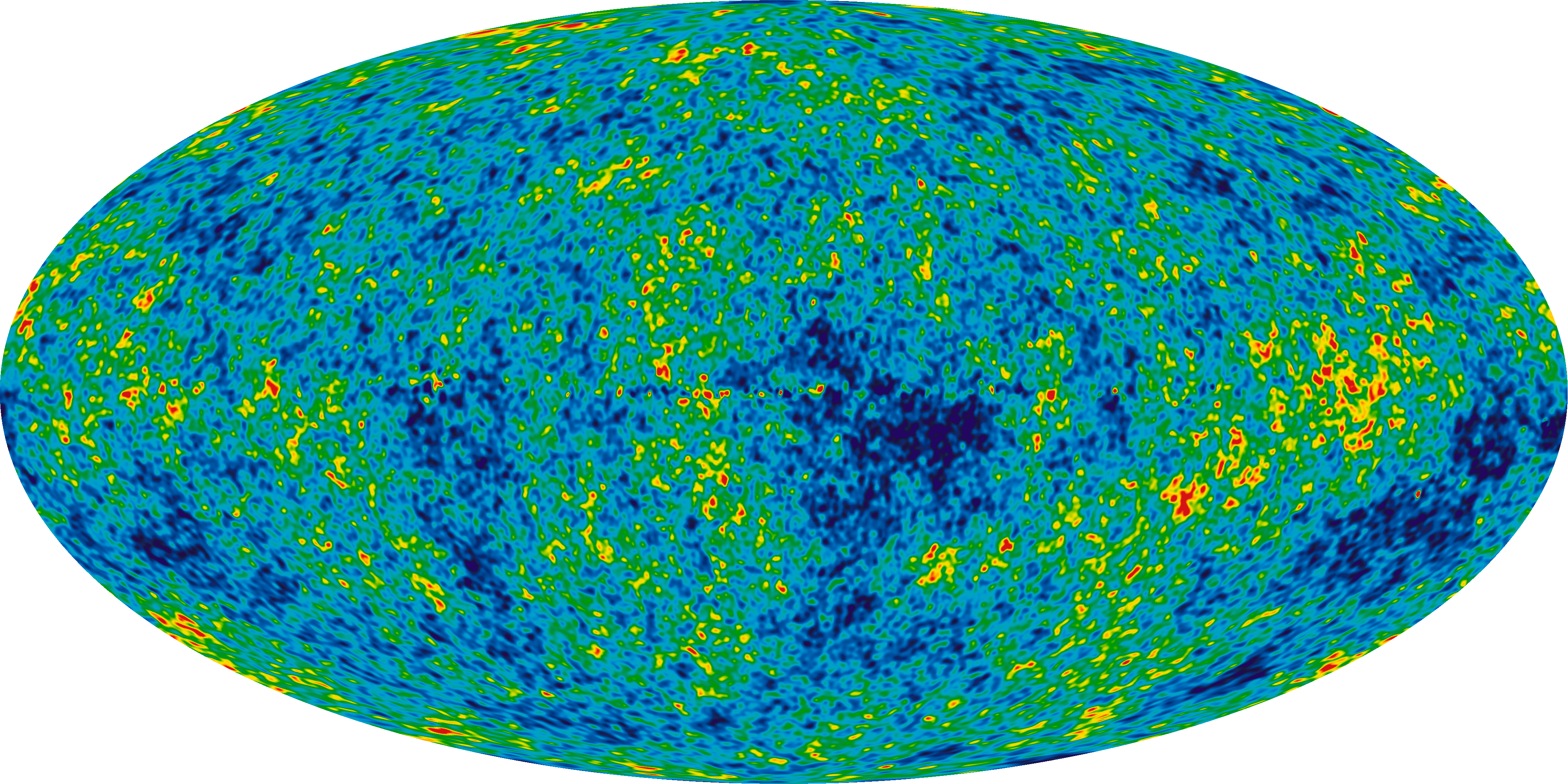 Seeds in a photo of our baby universe.