I found some notes I’d written at the start of this notebook, a few months old. 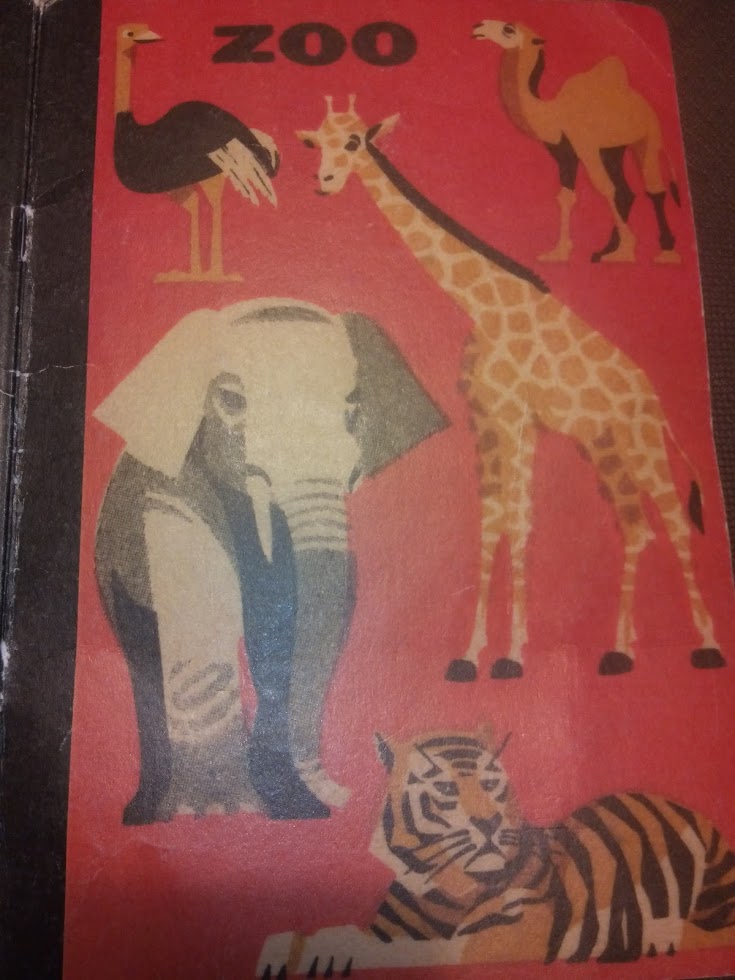 I used to campaign in Cambridge for more Fairtrade coffee and chocolate. That was a “closed” tactic, as opposed to an “open” tactic like open source software or open data.

It worked – even the best selling chocolate bar Dairy Milk is Fairtrade now. The tactic slightly shifted the board of global economics.

These notes are about this question – what tactics create the change in the world that I want? 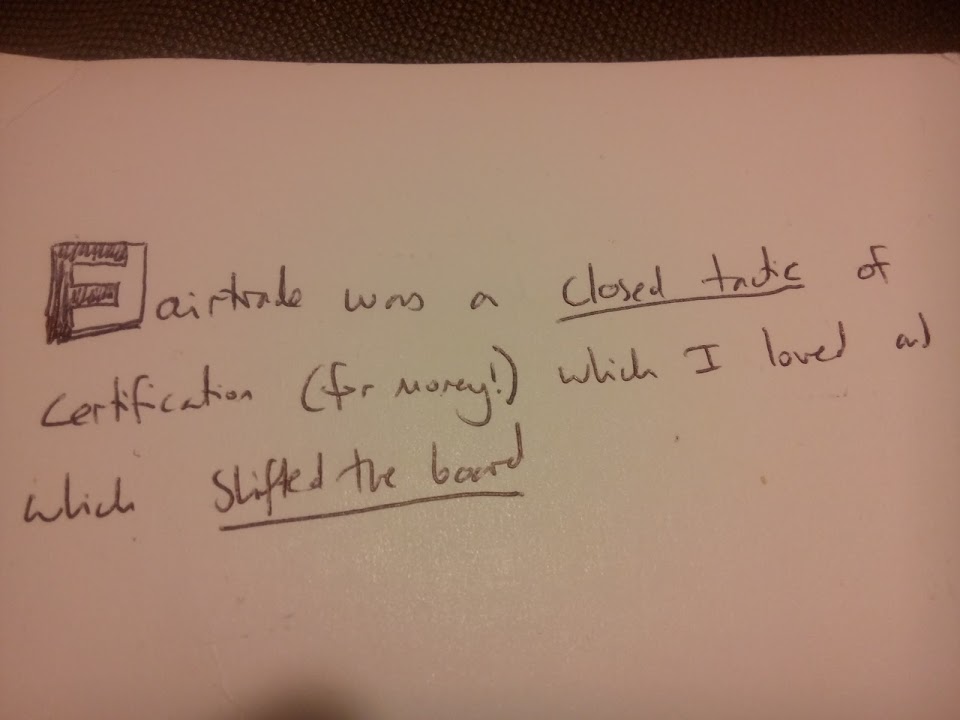 Simon Wardley has a kind of map of evolution of technology. He encourages organisations to make such maps to improve their strategic awareness.

Vinay Gupta made a game called nuclear poker. It has simple rules that simulate the important game theory of nation states and nuclear weapons.

I played it once, and to start with I wanted to win! The natural urge, when just told the rules, is to collect the cards, to gain abilities. Before I knew it I was thinking I might nuke someone pre-emptively to stop them becoming a  superpower before me… Then I realised I’d turned into a psychopath.

(I role played the next round as Hans Blix, weapons inspector, trading and discarding key parts of the nuclear tech stack to eliminate them from the game)

Much like Vinay’s poker game, when I see Simon’s maps of tech, they at first make me want to win. Unfortunately, because of the structure of capitalism and technology, that essentially means frig the game so you get a monopoly and make billions.

However, the idea doesn’t inspire me. I know the monopoly would have to be broken down later to make things fair. And that it’ll happen anyway, someone else will find it. It doesn’t feel like it changes the game.

(Of course I’d love to make billions, and partly I’m just hiding because it is hard, and risky to try more. But nevertheless, as a goal it doesn’t inspire me like it does some people.) 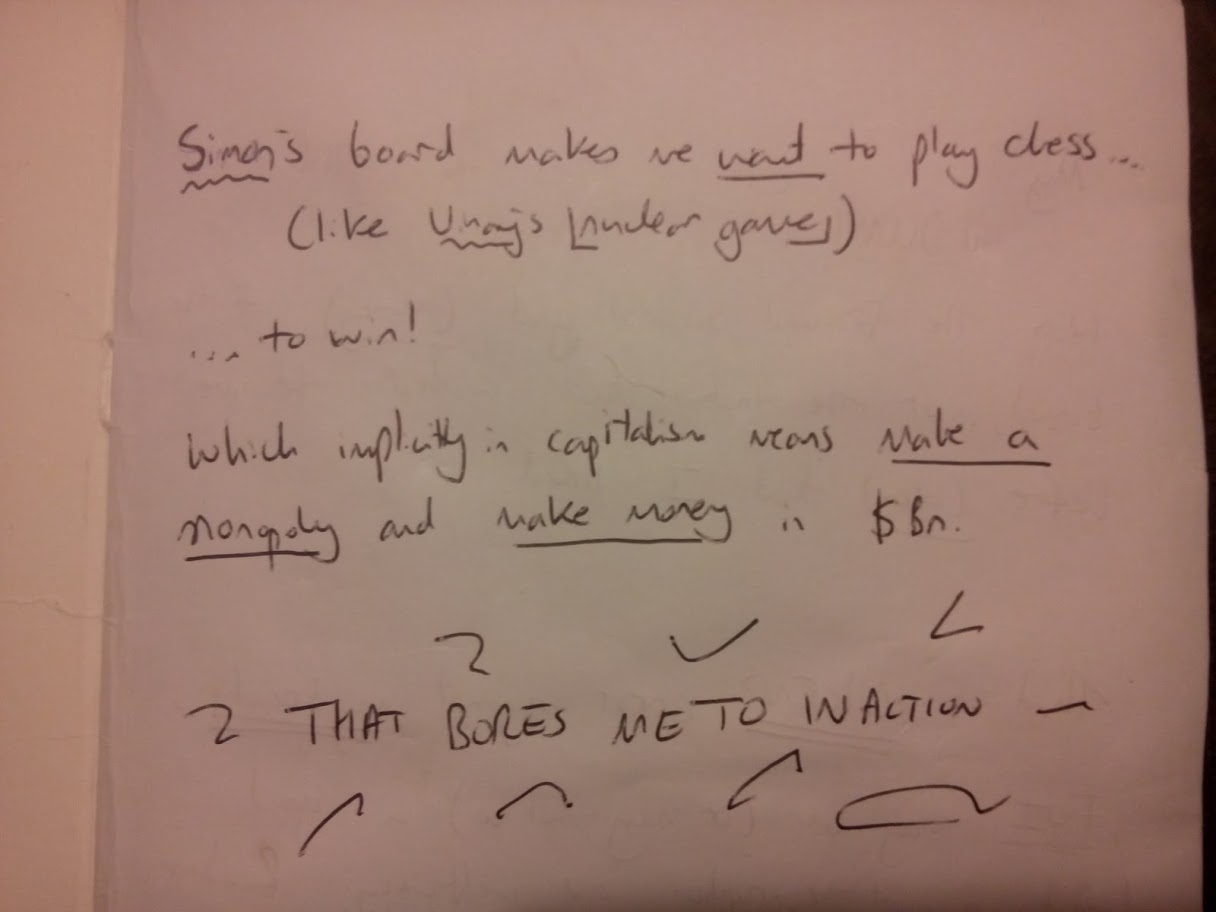 In the past I’ve used tactics to do that – more open, more innovative, more fun! They’re not directly what I’m after, they’re just new things to use that let me change the board.

Actually what I want is 1) to end poverty of all kinds, 2) to make civilisation fundamentally sustainable for tens of thousands of years, 3) to fully understand the universe and our minds.

My dumb error for a while was to think it was the framed societal goal (money) of the board, or the tricks that worked for me before (open) that I liked. 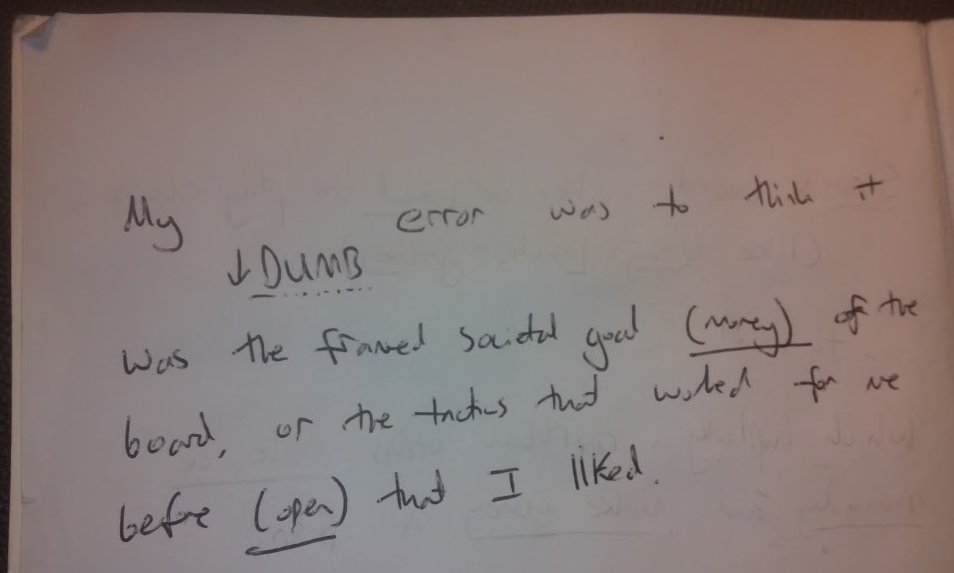 I was around at the start of both Open Knowledge and mySociety. I always preferred mySociety’s tactics, because they were about an end goal (usable Government) rather than about a means (open data).

In contrast, the aspects of mySociety that were about usability – they were more straightforwardly successful. The means were also the end. And they inspired the Government Digital Service to take that further. 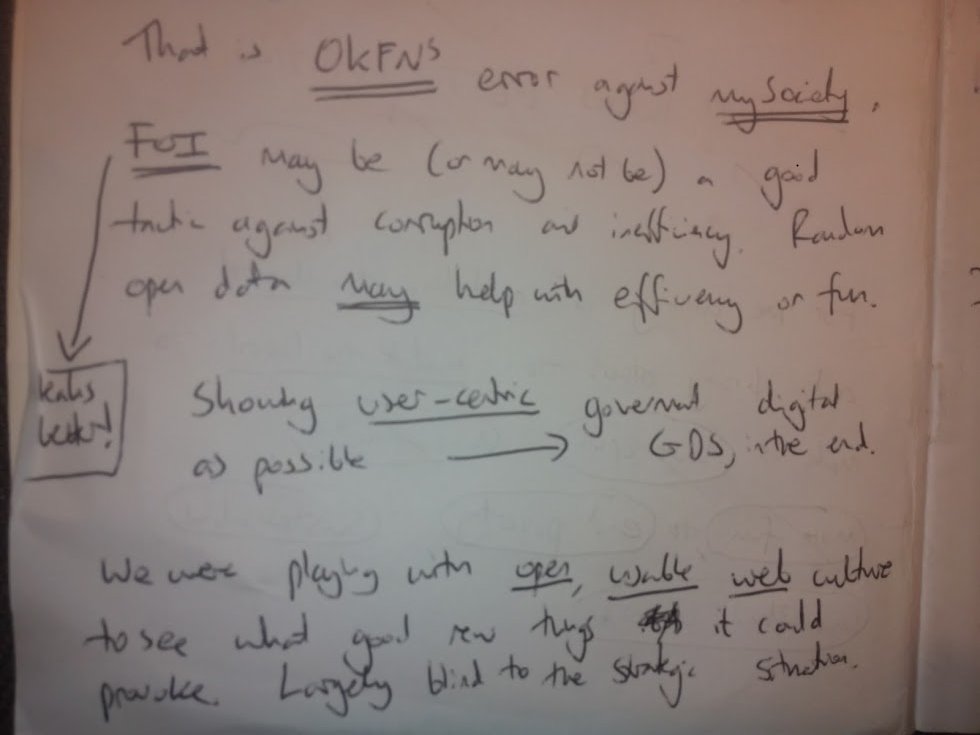 The next, and final, page of my notes gets less clear and more speculative. Here I think I’m saying that the overall strategy of large, classic NGOs isn’t very clear.

It is those NGOs which are trying to deliver the end of poverty, the sustainability which I gave as goals earlier. 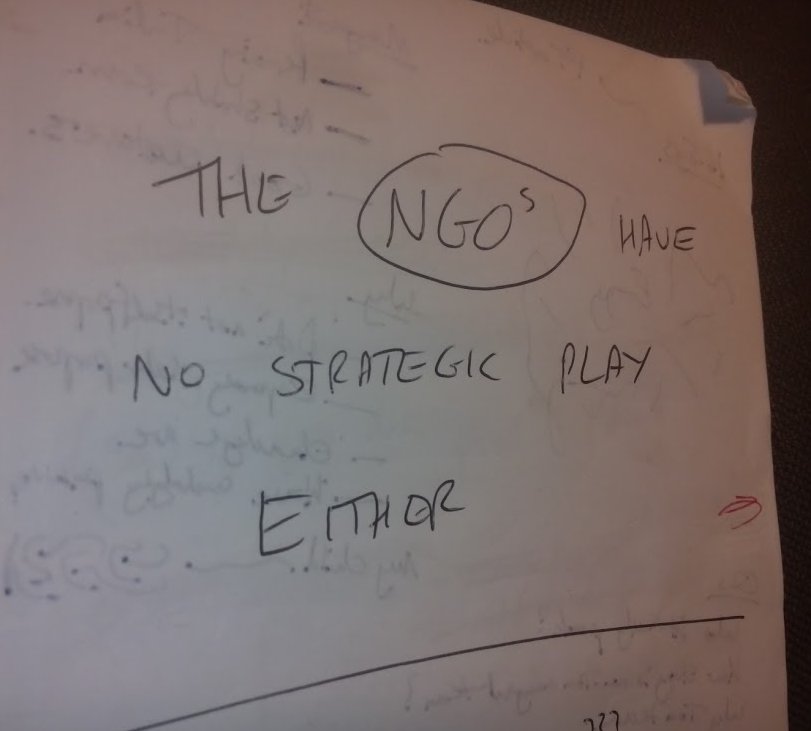 I’m now wondering, where can the strategy for those things come from? How can we learn to change the game so the whole system is more sustainable, or has less poverty?

What created the web and open source culture, that our intervention at mySociety completely depended upon? I’m curious how to make more such cultures.

Is the Wardley map any good for this kind of analysis? I suspect not – it is designed for technology capitalism. Which is perhaps why I always find it frustrating. Maybe there is a way of using it that will help with what I need.

Either way, Wardley’s innovation/commoditisation cycle with dependencies and user needs is useful background.

I leave the question hanging, how do we map the board so we can make interventions to improve the overall outcome of the game? 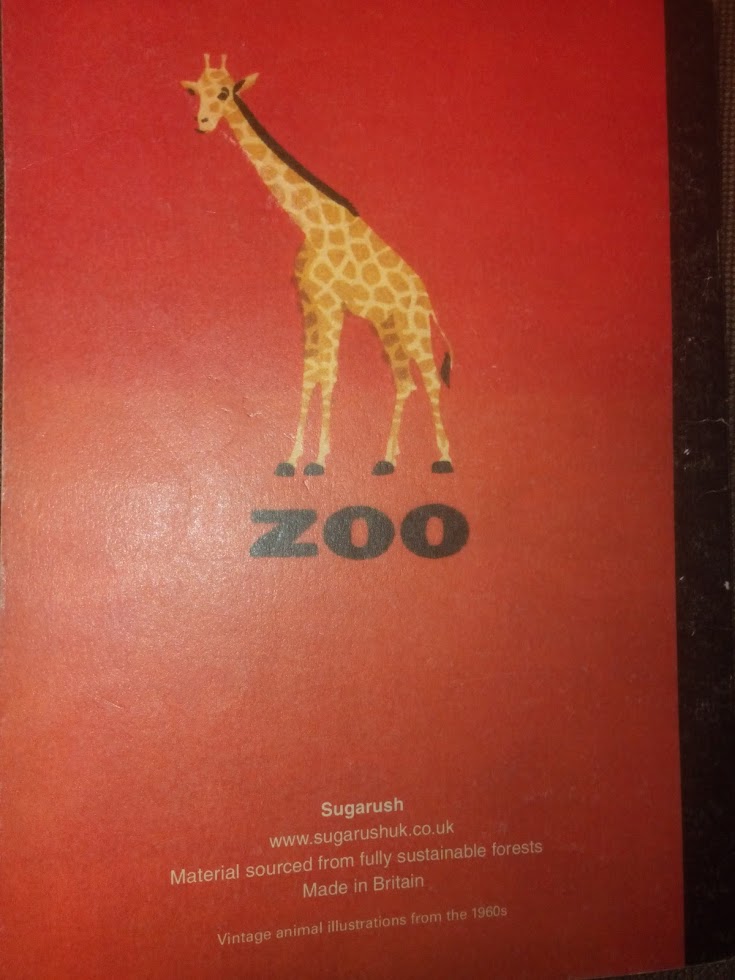 2 thoughts on “Don’t play the game, mutate the board”