There’s always another surprise, toughening your way through the day.

This week Modi, the Hindu nationalist PM, announced to the nation that the two largest bank notes were now worthless pieces of paper.

This clamp down on black markets and electoral bribes has a complex set of rules which let you trade in the old notes in limited ways, and heavily restricts use of ATMs.

As a result, for the last few days banks have turned into queues like these ones in Hyderabad. 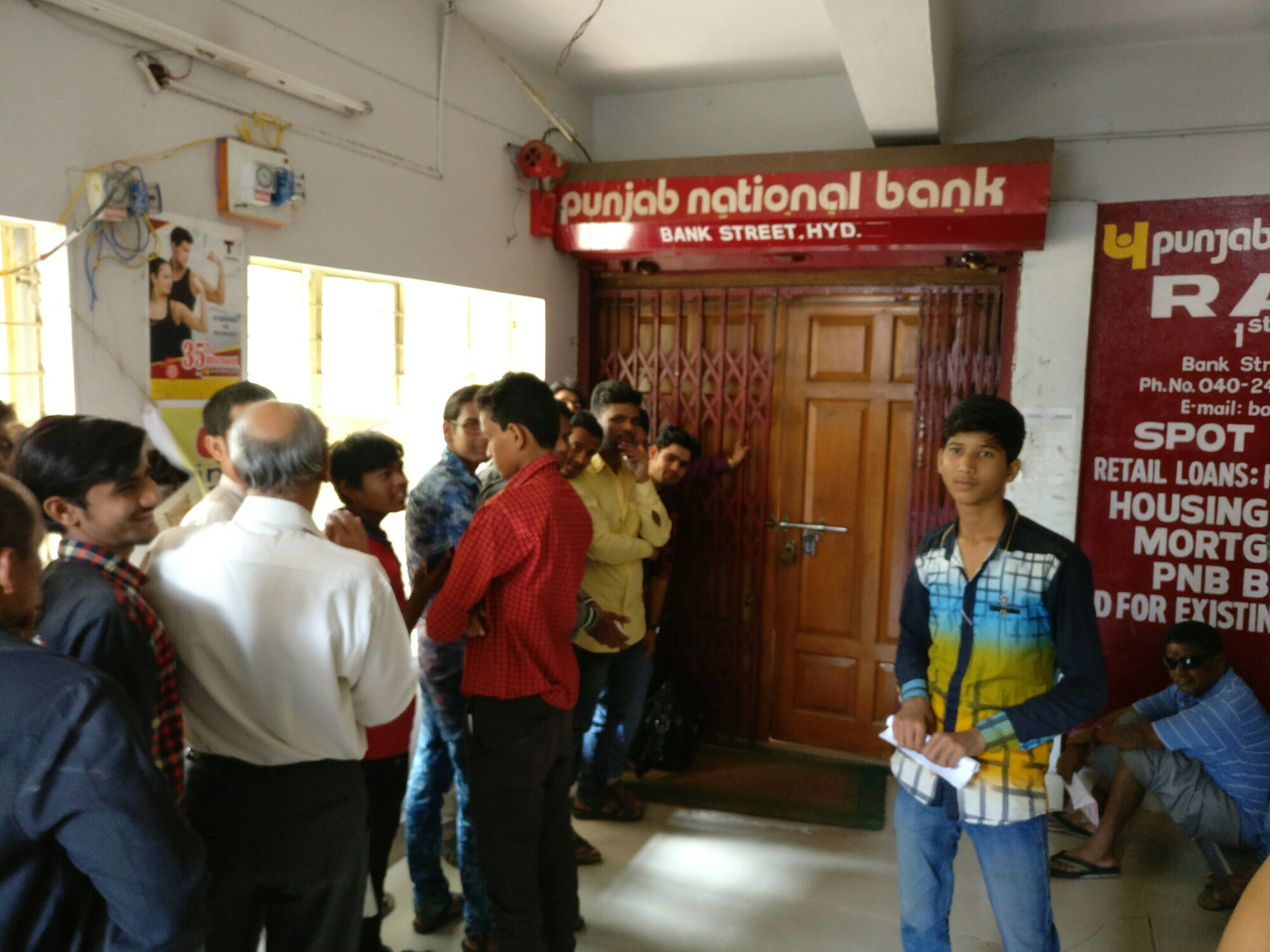 Note the white pieces of paper everyone is clutching, forms to let them pay in the obsolete notes. 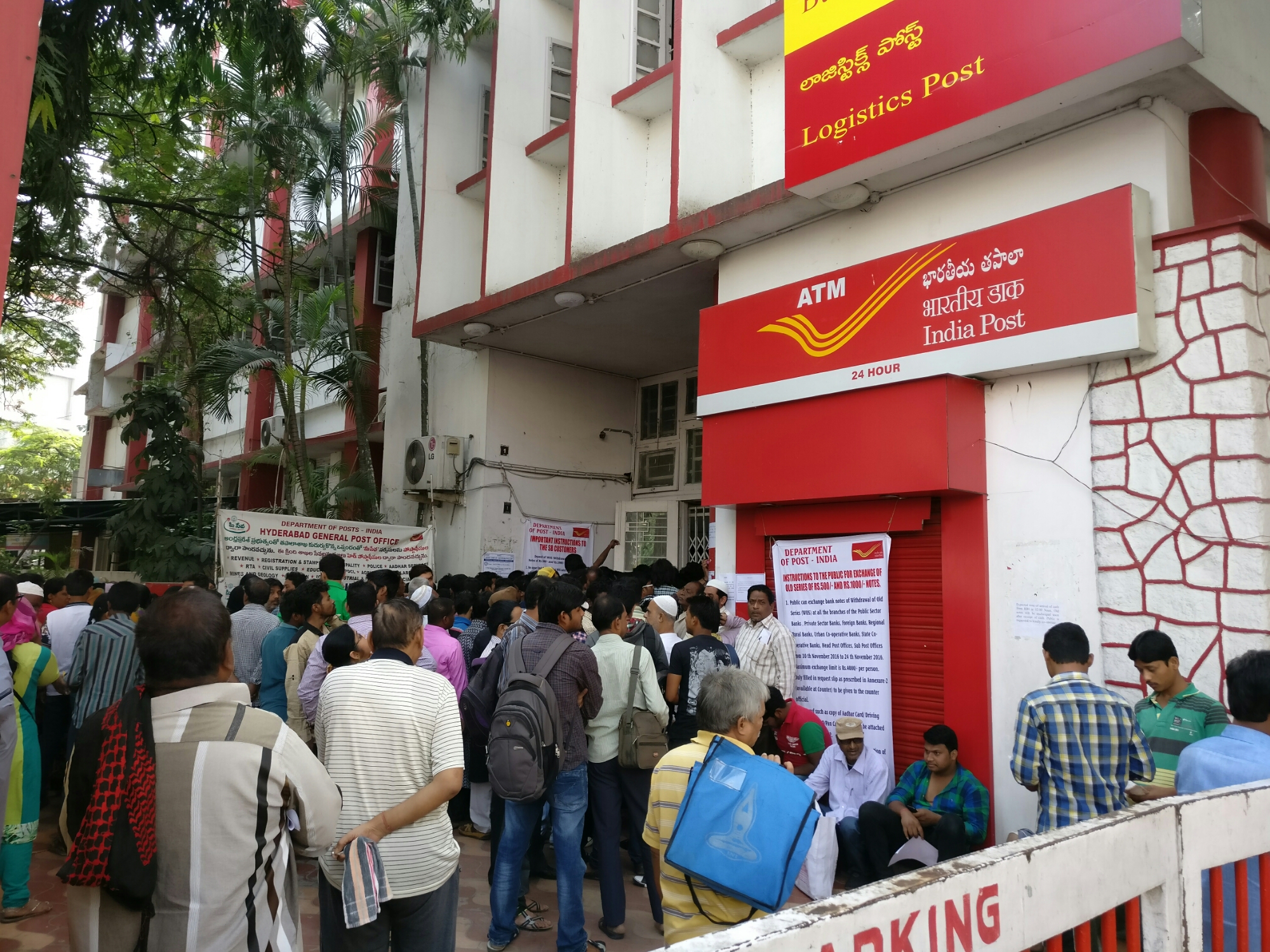 Tourists are hit in an unusual way. India is largely a cash economy. While you can buy long distant bus tickets using various wallet apps, as far as I can tell you need an Indian bank account or credit card to load them up. Many hotels don’t take cards.

So most tourists get out a lot of cash from ATMs, way more than any of the new limits on available money.

As a result newly arrived backpackers in Delhi are living moneyless off the beneficence of strangers.

You can read my own experiences on this forum. In short I’m just about getting enough money, have cut my budget, and am now only using guest houses which take Visa.

A few people have asked me to change notes in the street, and at a chat stall just now somebody explained that he is getting by on borrowing. Local suppliers are giving credit to people they know. 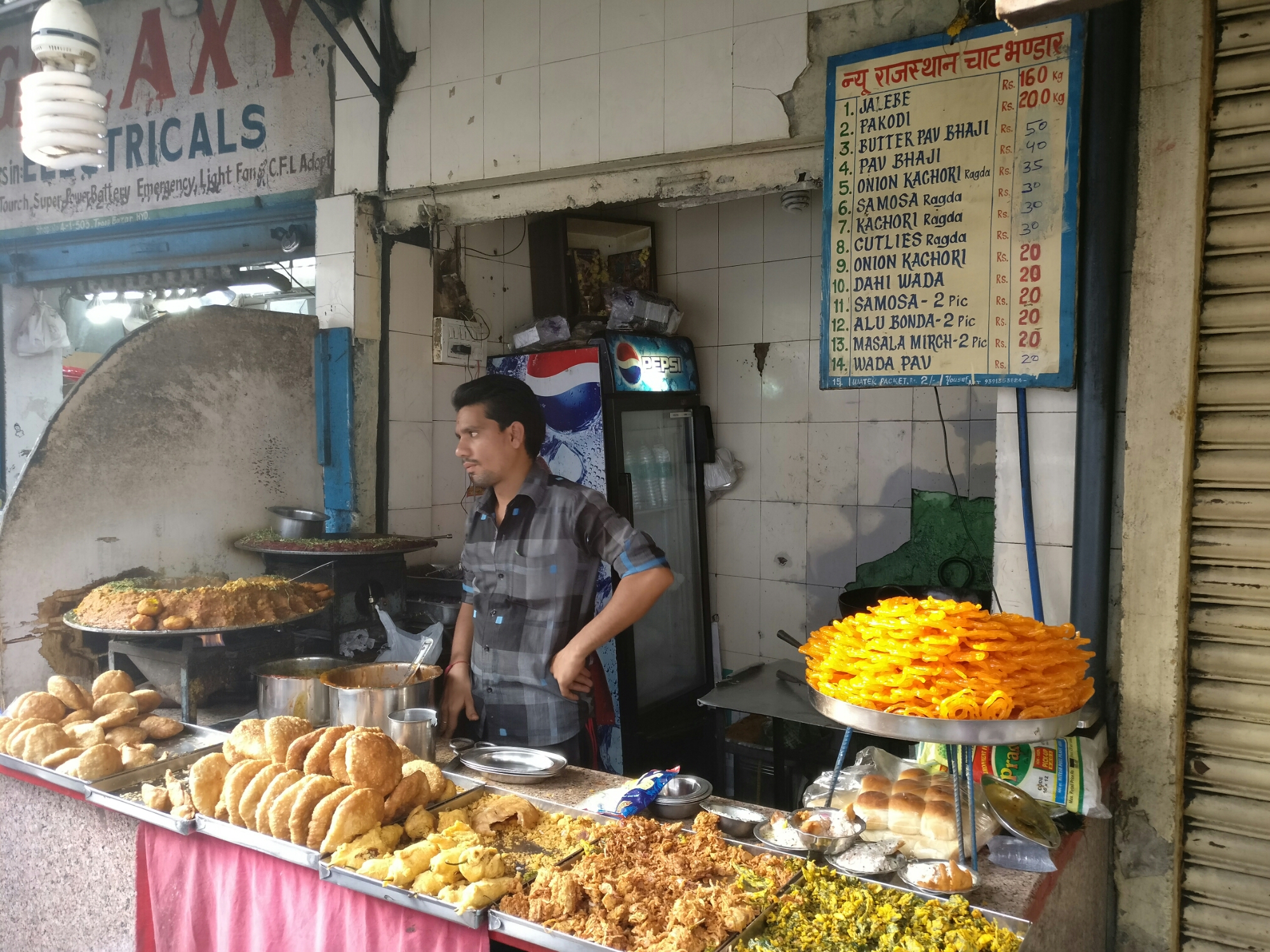 There are also good things. Hopefully India will become a bit more electronic. This bus ticket agent in Nagpur was putting up signs proud that they take credit cards. 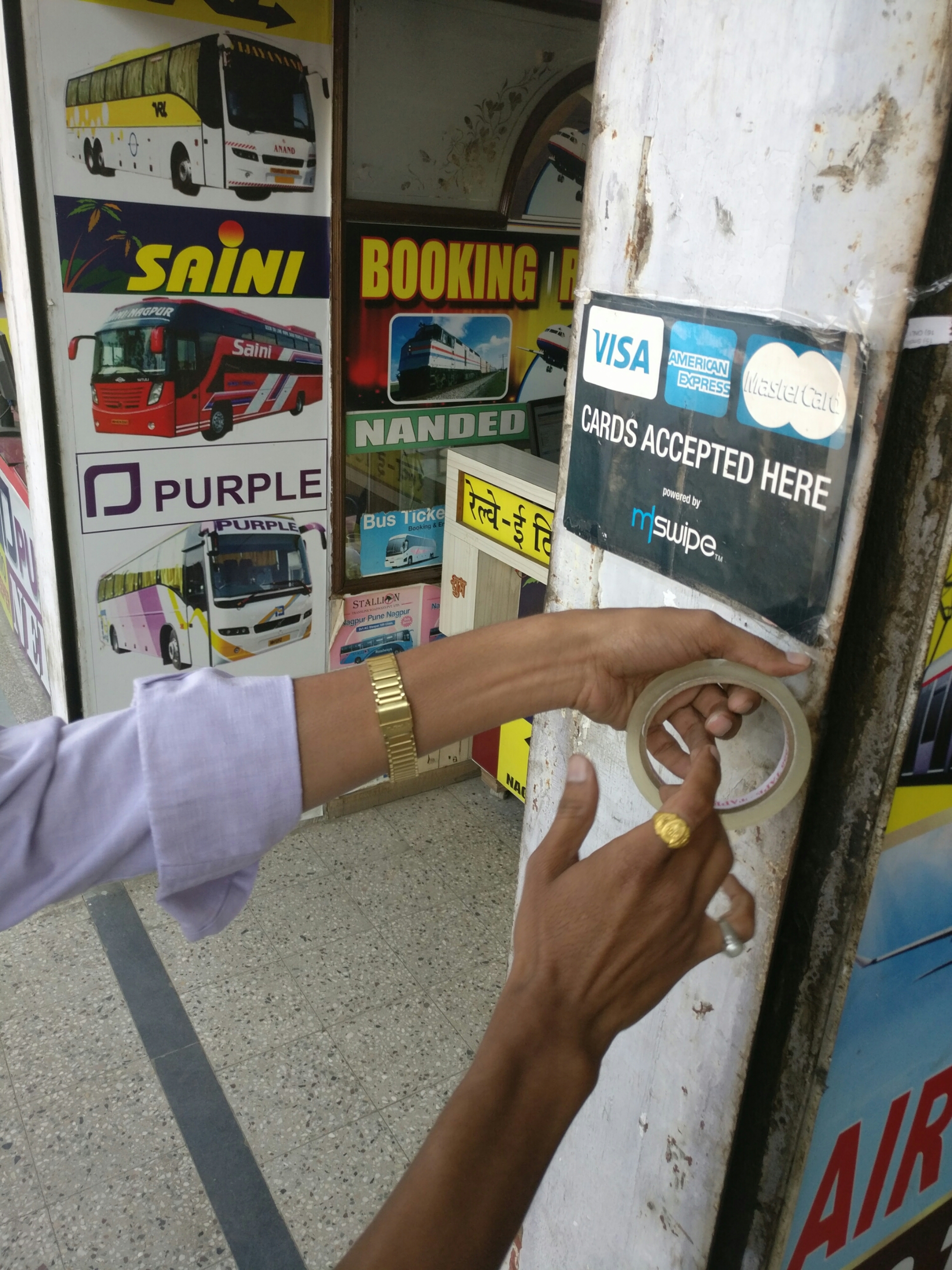 I arrived in Hyderabad near midnight two nights ago. A rickshaw driver was ripping me off, giving me 400 only for one of the old 500 notes.

A boy operating a nearby petrol pump was so upset at this he took out his own wallet and changed the 500 for five 100s. He gave a speech about India’s honour and reputation. Moving!

In India everyone asks, if you’re a foreigner, to take a selfie with you. This gets gruelling at tourist resorts. In jokey frustration I often pretend to charge 100 Rs for this, making everyone laugh.

Yesterday at the Buddha statue in the lake in Hyderabad on the spur of the moment I said, “yes, if you’d change an old 500 note for me”. The lovely matriarch of the family smiled and got out her purse. We laughed and all took some nice photos. 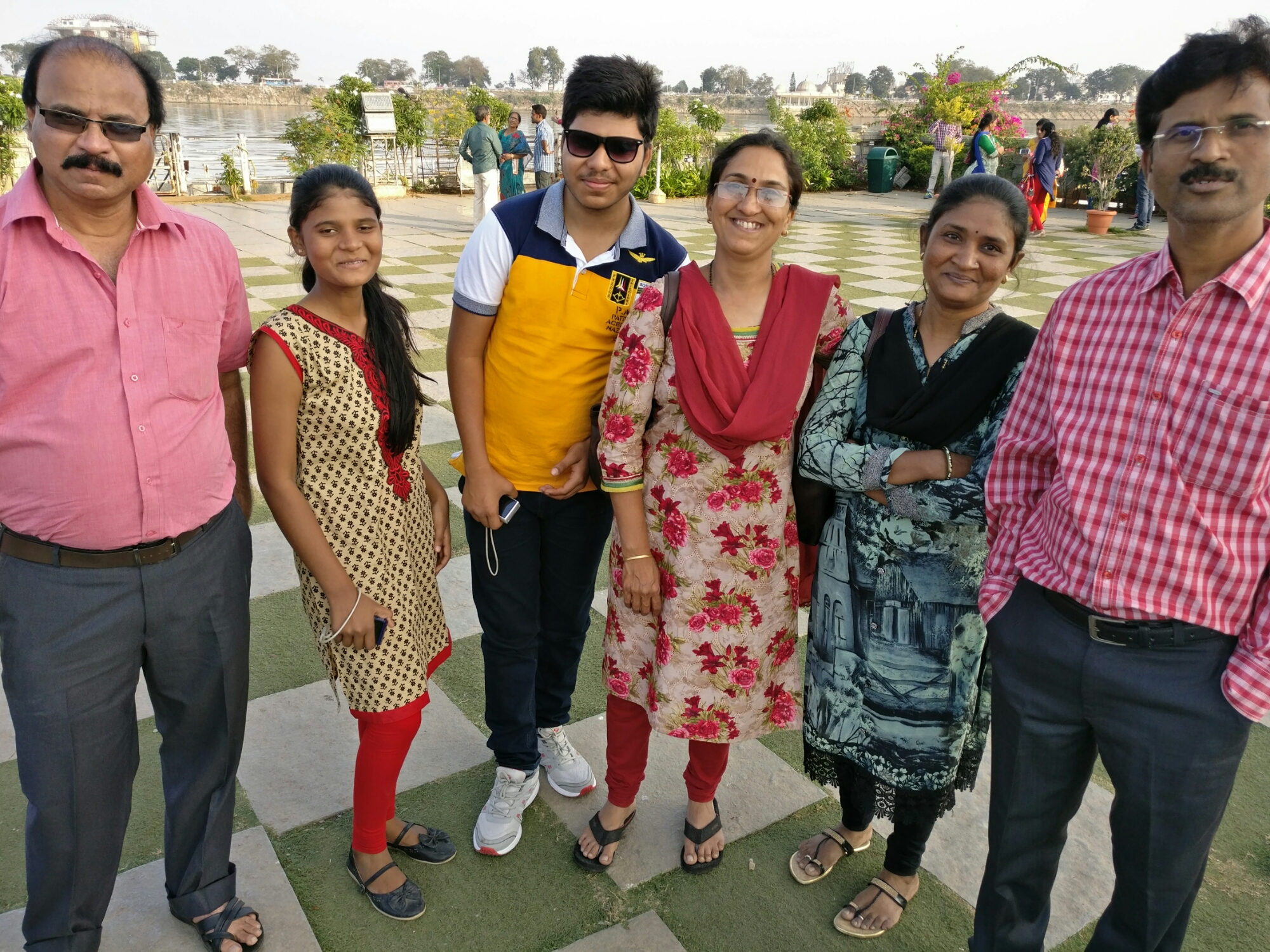 She then offered to change another 500!