A tasty early morning breakfast with friends in town, and time to cycle home. A sunny day, so take the route along the river!

Crossing the road by the docks. The sky impeccable. Delicious light of being away from the tropics, strong and clear, but not overly harsh.

The dome of one of the three graces is just visible, and at the right hand edge the tower which has sucked car pollution out of the tunnel under the river for over 100 years. 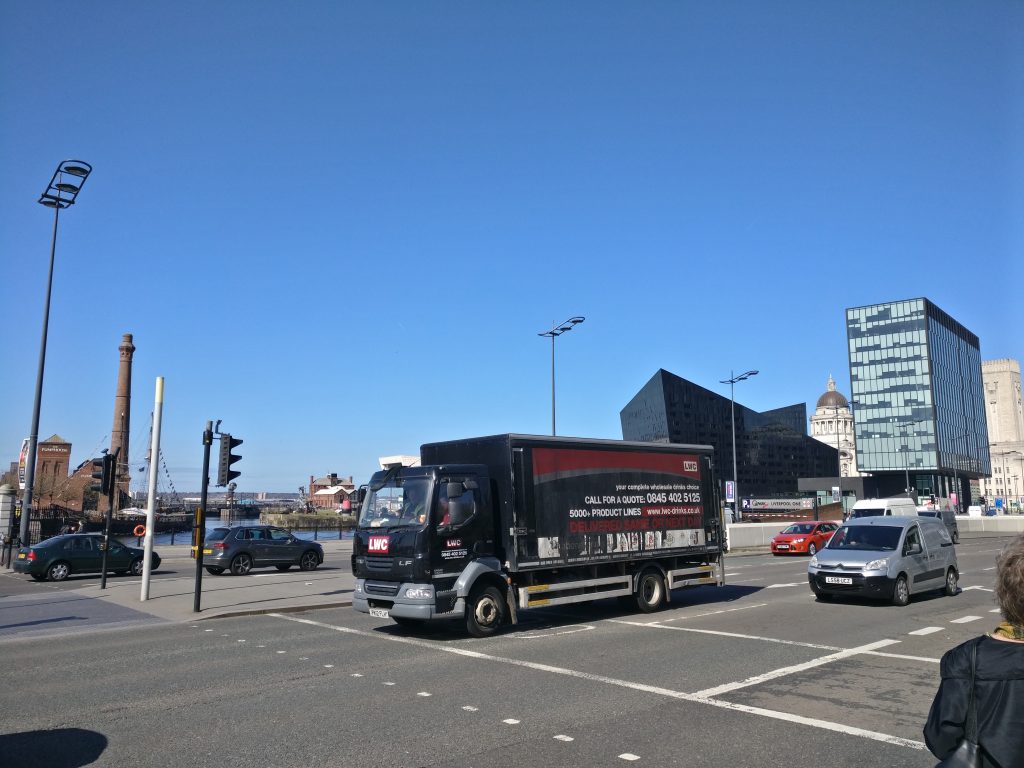 I quite like the black lumpine jag into the skyline of the block of flats a friend lives in – it’s an interesting shape, and its thick darkness avoids the rough textures of variety in curtains and decoration of some of the other residential blocks nearby.

I never lived the other side of this road because it is irritating to cross when you’re in a hurry. But on a day like this, you never mind.

Cycling through the old docks of what was the busiest port in the world, and along the front past the gig and convention centres. On my first weekend in Liverpool we blagged some Eddie Izzard tickets here from some students whose aunt had given them, and they just wanted to go to the pub – whisked straight into the show. 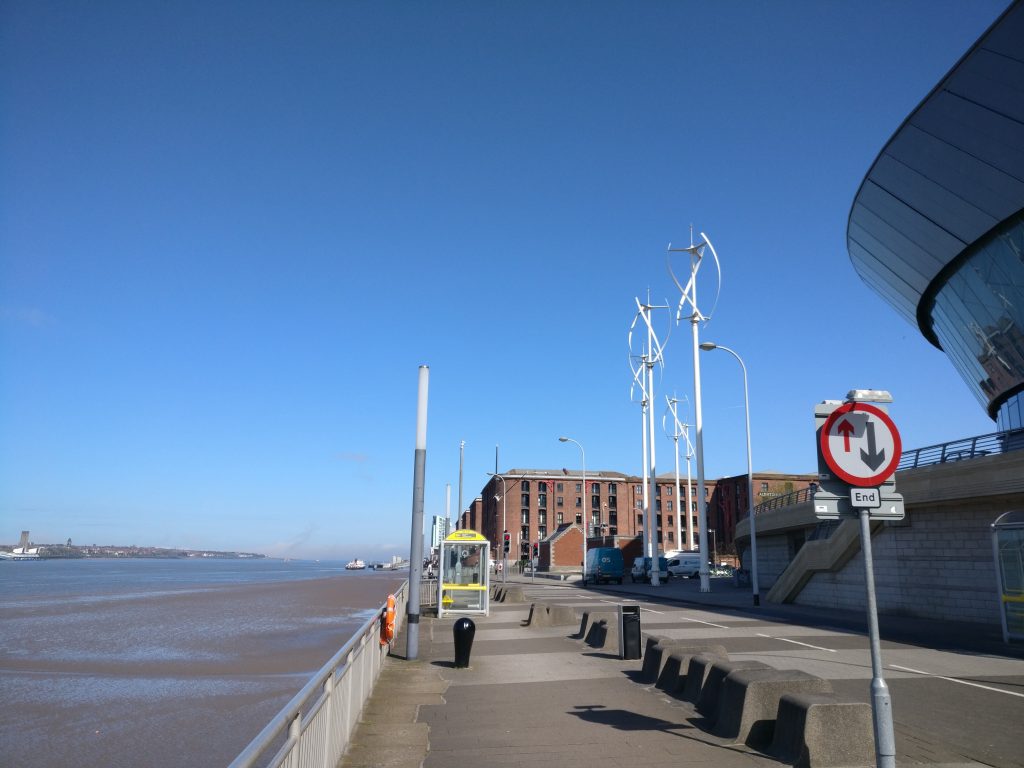 The ferry across the Mersey is just visible at its dock. Once on a warm summer’s evening I cycled down after work and crossed on the ferry, to New Brighton, stripped to my boxer shorts and swimming in the sea, building a castle with a bucket and spade. Liverpool often has a brightness you don’t expect.

I love going along this part in varying weather conditions – you can often see and hear the waves. The shipping is always different, and the skies and water changing in colour.

Today the tide is quite far out, and it feels more like the Mediterranean. Here you can see the other tunnel defuming tower over the waters. 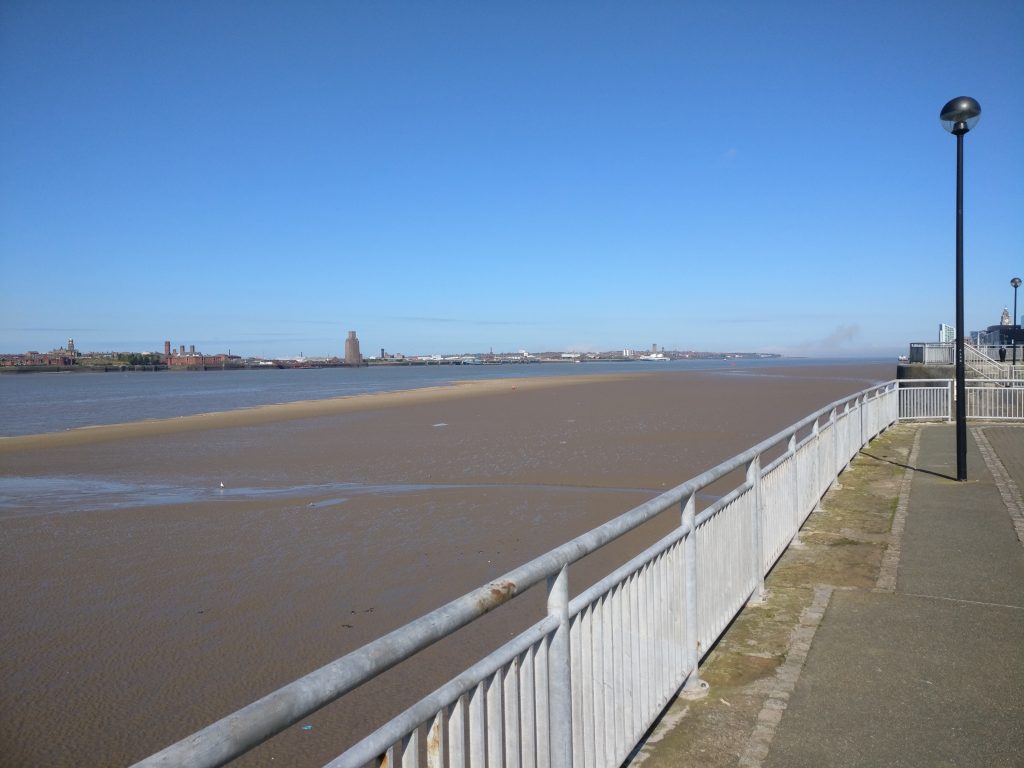 Whoever built this path, I’ll always be grateful. The kind of gesture a city does that everyone then takes for granted, but changes so many lives.

The one awkward part, rarely, is here by the marina. On a busy Saturday I’ve had to wait half an hour with sail boats going in and out, before being able to cross the swing bridge! 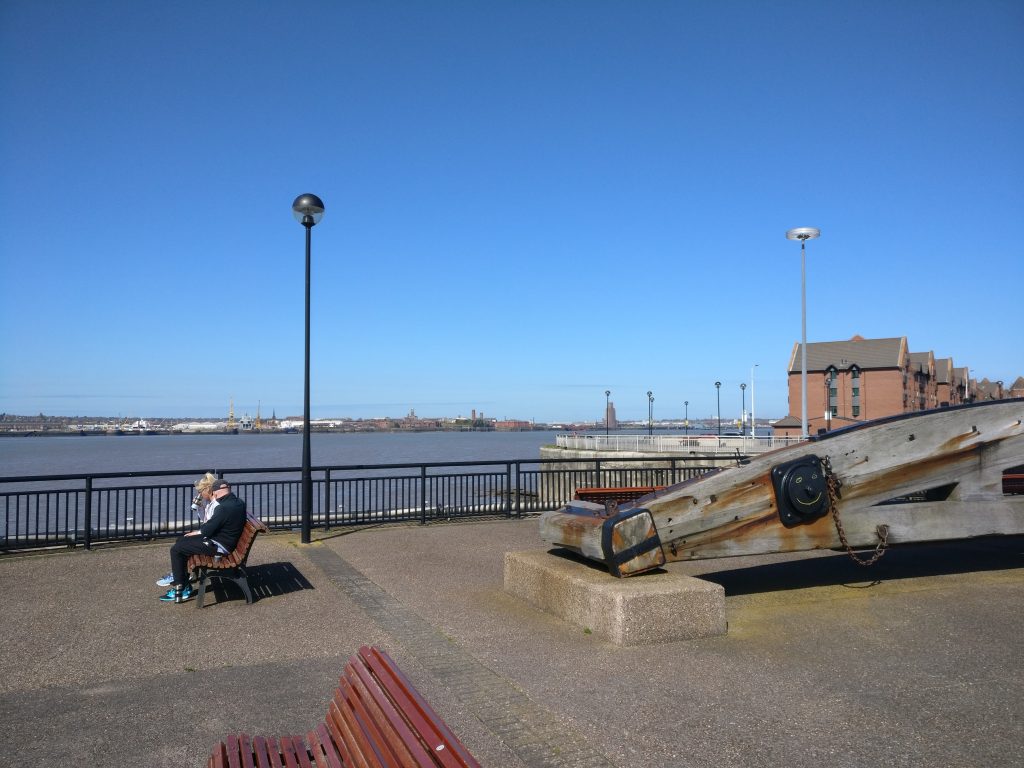 I’ve never been to any of the flats down here. The area is more attractive now with the Baltic Triangle flowering with gin bars, rave clubs and hip cafes.

The light speckles, scitter-scattering brightly across the wash. You can just see the high hills across the river. 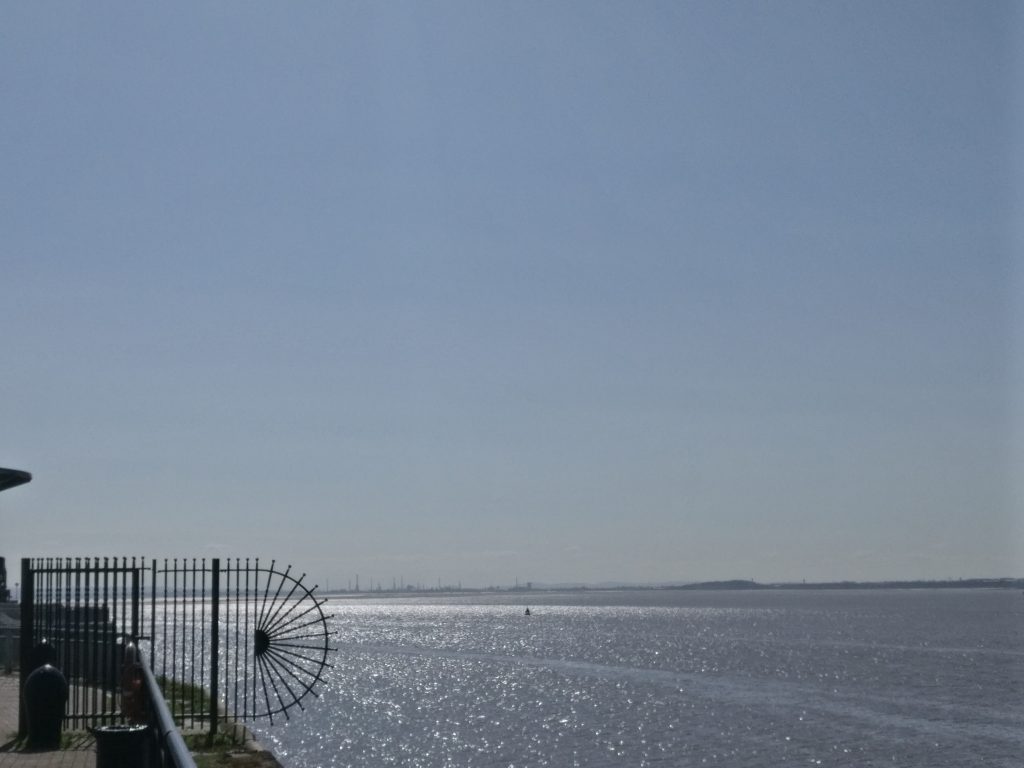 From slightly further up you can see even more clearly the mountains of a foreign country, exotic names like Moel Famau. Street signs in a celtic tongue.

On journeys home from work through Toxeth and Dingle, zagging along streets with river views, I’d watch them. Happy to know that with a drive of an hour and a bit, I could be up in them. And from there on a clear day I could see further glories – Snowdon and its friends, giants to someone like me from this island country!

A feeling about the wild, the high peaks, the grasses and rocks and views that draws.

Even if you don’t go to something, you like to know it’s there. 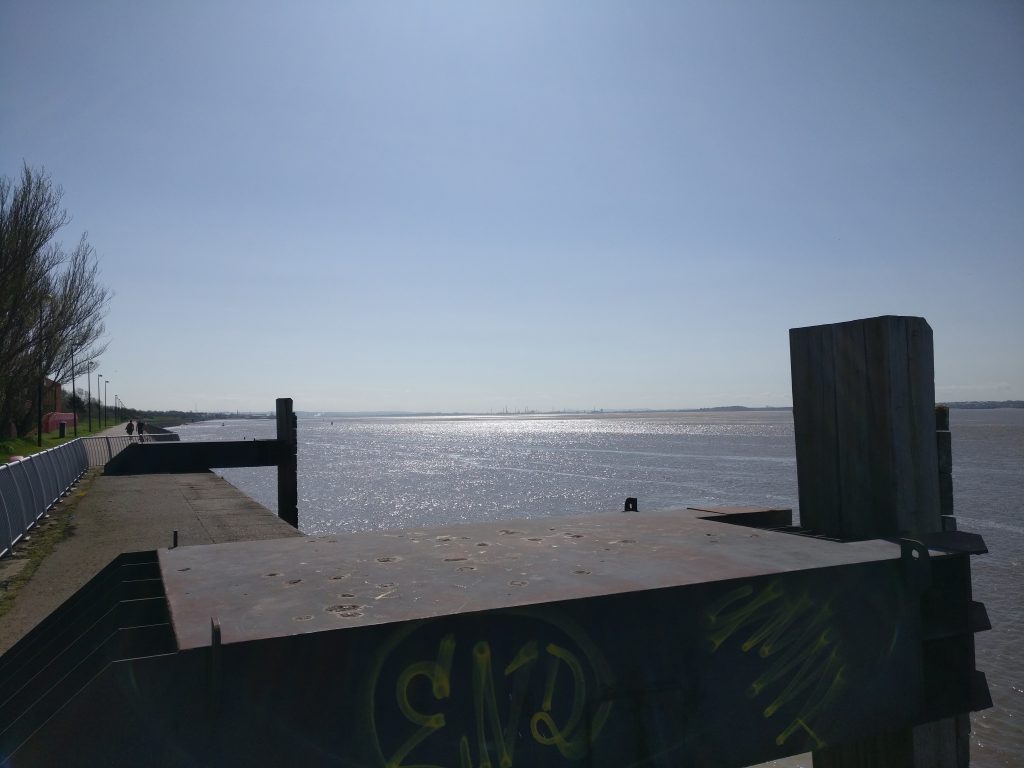 Nearly home. Otterspool Promenade – named as there really were once otters here. Maybe one day the dolphins will come back too as we clean the oceans!

(Fact checking just now, it turns out they came back a couple of years ago)

Up and through the festival gardens – too beautiful to have thought to stop and photograph them, so you just get the sign looking back. 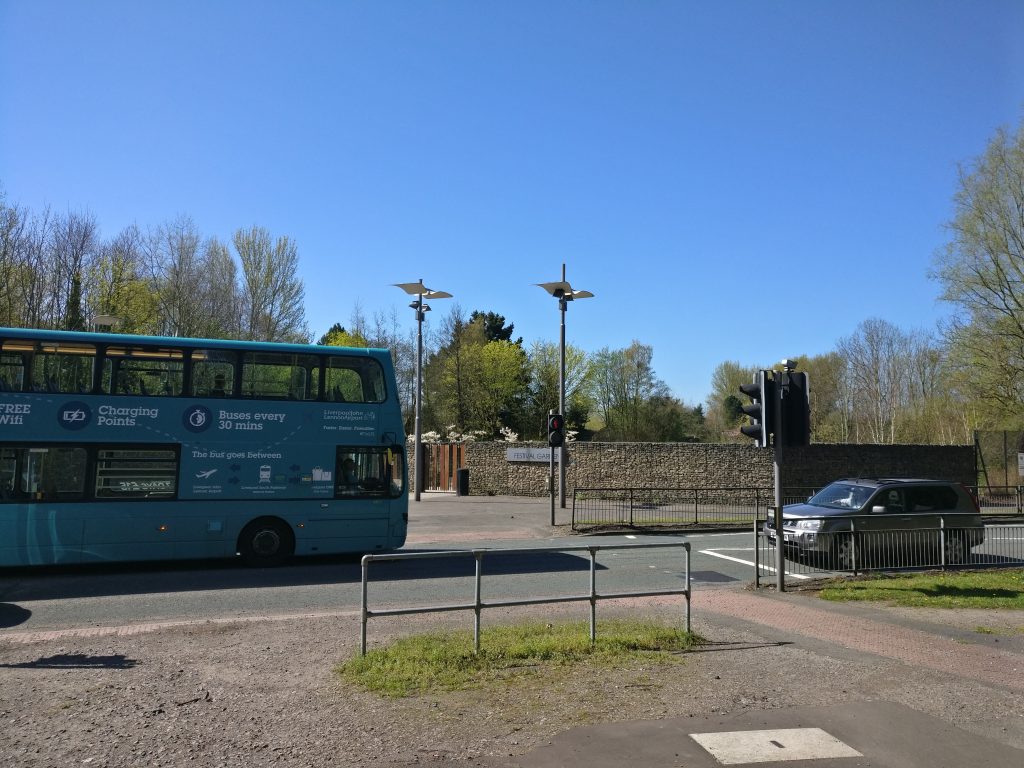 There’s a hill in there with astounding views of the countryside. And over further south a rough place to run. Muddy, verdant, uncontrolled, like you’re in the countryside.

I pass up the hill through Priory Wood, a cute place where I’ve had two bike accidents, been attacked by fire crackers and fixed a tent. 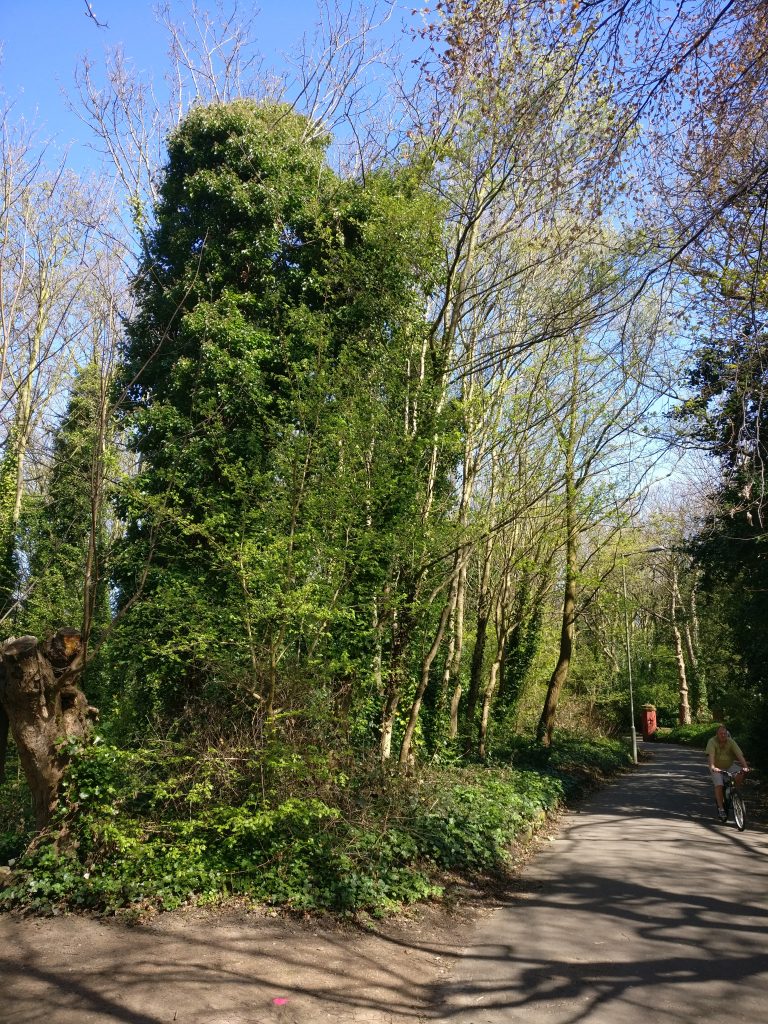 My local station has a lovely Victorian building which is also a bridge spanning the rail. Trains every 15 minutes into town, almost always can get a seat.

Commuters flock in and out at busy times, congesting the ramp up from the platform. 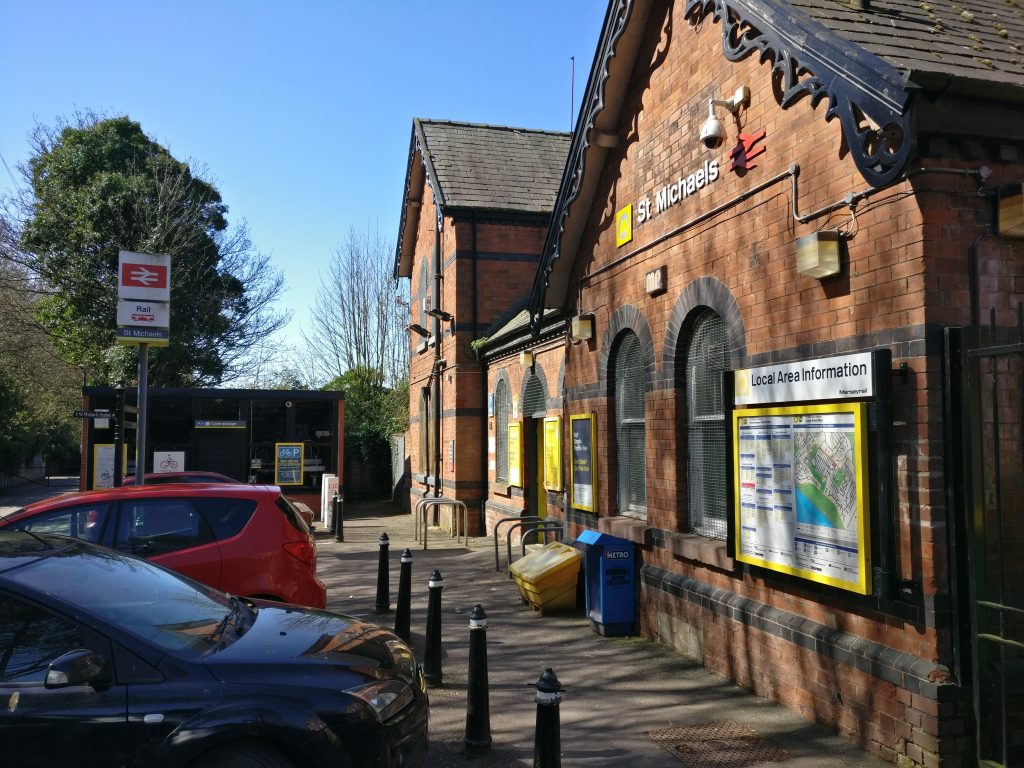 Amazing to think that this settlement started with a church, one of the first iron framed buildings in the world, plonked in a field. Expandable because of that architecture, to meet the growing needs of its community.

I sneak through the alleyway by the station, and arrive at my home street. 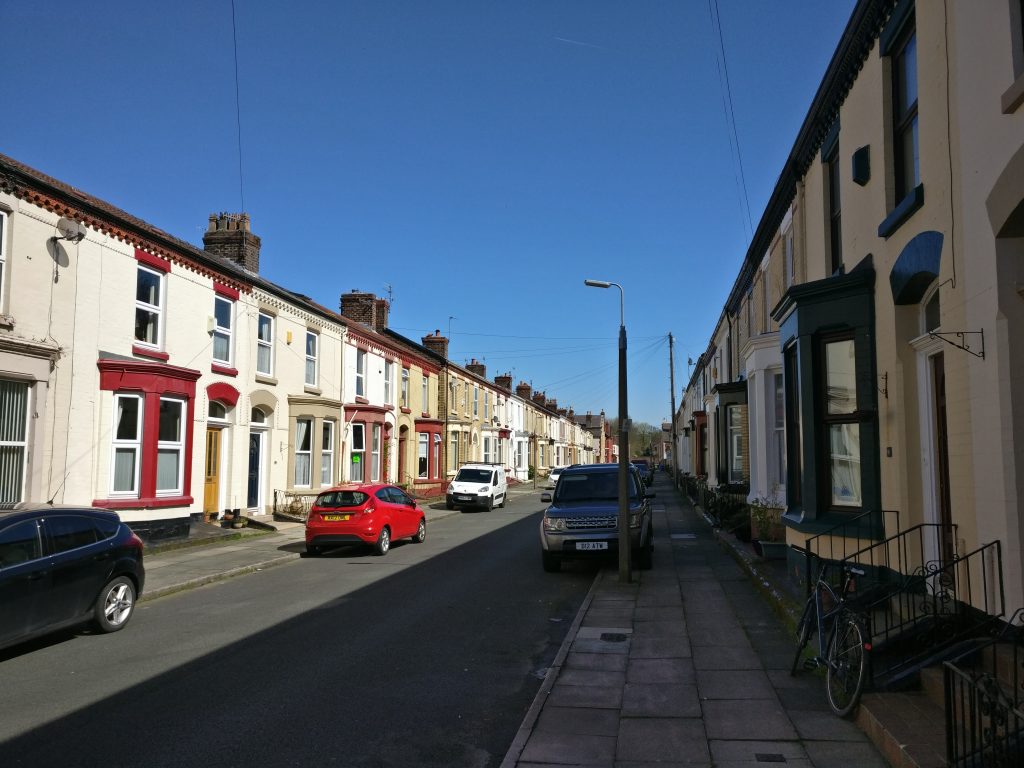 Brash in the sunshine. The details of the cast guttering, the shape of the arc of bricks above the doors… Almost 130 years old.

And the best place in the world to have my lunch today. 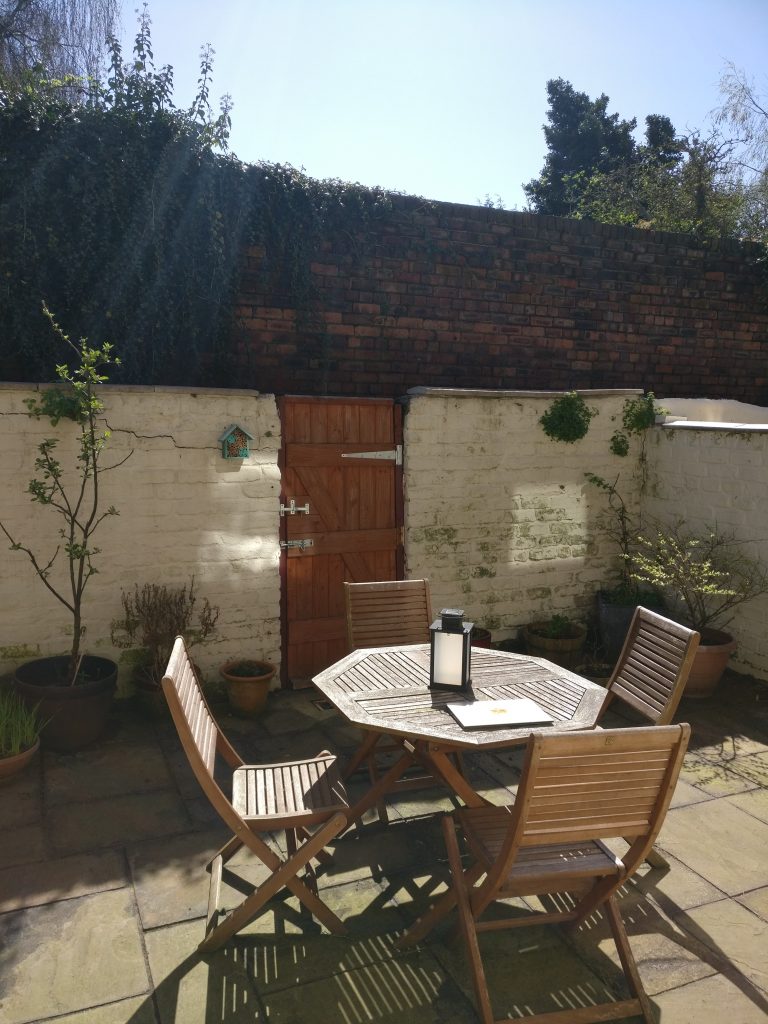