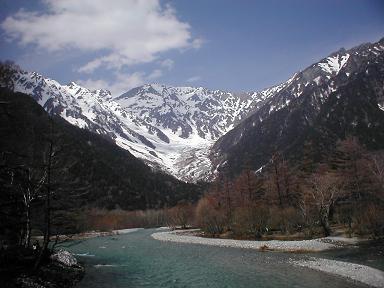 When I was a child there was only one thing considered more dangerous than taking sweets off strangers. It’s so ingrained in me by the ambient protection of society not to hitch hike that I have never even considered doing it. All sorts of unclarified bad things might happen. For example, people might have conversations with other people that they didn’t know already, or (gasp!) who belong to a different social class. Perhaps, like in China, people might learn to start paying each other for lifts, thus creating a more efficient and more capitalist transport economy, with the added side effect of being better for the environment. The consequences both for society, and in increasing everyones standard of living, could have no end of positive implications.

To make the inconvenient pilgrimage to Christ’s Grave at Shingo from Lake Towada you cannot use public transport. There isn’t any. Taking a taxi is plausible, but we suspect only very rich Americans would be willing to fork out the necessary hundred quid. So we decided to hitchhike. My mother would be shocked, except it was her idea and she was with me…

We took the bus round the lake to the road junction for Shingo and waited a couple of minutes for the first car to make the turn off. Rosemary held up a sign saying Shingo in Romaji – we didn’t know how to write it in Japanese characters, and figured we wanted someone happy enough with English to at least be able to read the alphabet. Amazingly the first car contained the sweetest of young couples on their honeymoon; she was four months pregnant. They took us not only all the way to Shingo, but on to our exact destination Christ’s Grave which is just outside the town (not that we ever found the town, it must have about one house in it, and only be ambiently different from the houses which are scattered anyway along the main road).

The grave area is very well maintained, with a surprising reverence. There were freshly cut flowers, a donation box, and a small museum which you could pay to visit. The explanatory sign reads thus:

When Jesus Christ was 21 years old, he came to Japan and pursued knowledge of divinity for 12 years. He went back to Judea at age 33, and engaged in his mission. However, at that time, people in Judea would not accept Christ’s preaching. Instead, they arrested him and tried to crucity him on a cross. His younger brother, Isukiri casually took Christ’s place and ended his life on the cross.

Christ, who escaped the crucifixion, went through the ups and downs of travel, and again came to Japan. He settled right here in what is now called Herai Village, and died at the age of 106.

On this holy ground, there is dedicated a burial mound on the right to deify Christ, and a grave on the left to deify Isukiri.

The above description was given in a testament by Jesus Christ.

This is a sweet story, and I’ll leave it to the curious to research the truth of the matter. Make sure you check up on any other alleged Christ’s graves in the world, and that when you are done you properly undermine any other beliefs which you have that are held on just as flimsy yet plausible evidence, but you didn’t notice this before. Our journey back was somewhat more arduous, but after about an hour of waiting two holidaying women took us all the way back to lake Towada.

(The picture is actually of Kamikochi in the Japanese Alps further south, but it is a much prettier photo than any I took of Towada, and you would never have rumbled me if I hadn’t said anything.)