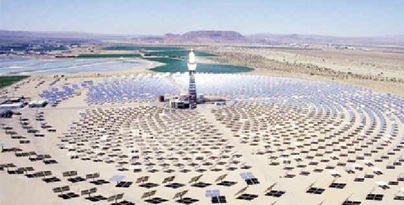 Travelling by car back from relatives yesterday, a woman’s voice, inside a box as small as my hand, knew exactly where we were at all times, and gave my mother detailed directions at every turn.

Earlier this year, a multinational corporation simulated a brain the size of a mouse’s on a supercomputer. This almost interactive simulation will help people learn more about the function of our own cerebral cortex, and hence how our minds work. They are moving on to a rat’s cortex, which is three times larger.

For a Christmas present, and on a whim, I gave two of my relatives a year’s education for a girl somewhere in Africa. Neither I nor my relatives will ever meet her or know who she is, and none of us fully understand the economic system that makes this either necessary or possible. 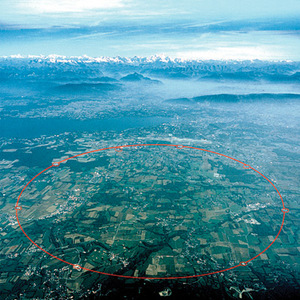 The chief economist for an economic forecaster worries that the world is on the brink of a financial crisis that could “make 1929 look like a walk in the park”. He tries to be reassuring that the central bankers will act correctly to avert this.

Last month, the spokesbody for British businesses released a report begging the Government to regulate them more (yes, more). They hope that a tough carbon pricing system and other measures will safeguard their businesses against chaotic worldwide weather patterns in coming years.

European and African politicians and engineers are planning to build hundreds of thousands of mirrors (image top left) in North Africa. These mirrors will focus sunlight into towers, and create steam to generate renewable electricity for Europe and fresh water for Africa.

Beneath the Alps, scientists are getting ready to turn on an arcane sixteen mile circumference machine in May (image right). It will fire particles with unspeakable energy, in order to unearth the fundamental laws of how our physical world works.

Let’s make it a good one.