You know when you have those really annoying arguments that turn into disputes about definitions of words? And they end up a tangled mess of pointlessness, and you just don’t want to be there any more?

If I’m in the San Francisco Bay Area, and I say the word “startup” (as in a “business startup”), then most people will probably have a clear idea what I mean. And because I’ve read enough books and blogs, because that meaning has spread around the world’s Internet entrepreneurs, I’ll have pretty much the same meaning as them.

To give my readers who aren’t in this bubble a definition, this is how current valley beaux Eric Ries defines it:

A startup is a human institution designed to deliver a new product or service under conditions of extreme uncertainty.

Important about this is what it isn’t… If you’re Starbucks, you’ve already got tens of thousands of coffee shops, you’ve got mesh networks of computers crunching your loyalty schemes, and you’ve bought the best demographics that money can buy… Then opening a new shop is not a startup. Because you know the product, you know its market, you know how likely it is to succeed – you’re not even uncertain, never mind extremely uncertain. 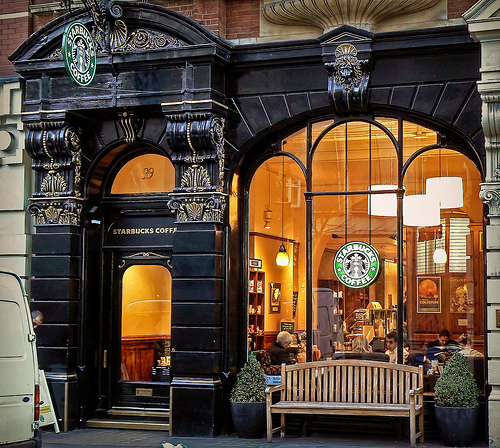 Actually, anyone opening a coffee shop isn’t a startup. Yes, in everyday language, the person opening it will be “starting  a new business”. They’ll be working very hard, they’ll be risking their own money. They’ll be gambling that they can extend the coffee shop market a few blocks from where it was before, or that they can out execute other nearby coffee shops.
However, they’ll be doing something that many have done before. They can download a tested business plan, meet and chat to people who’ve done it before, and even hire them. They know how to execute well, because they’ve been a customer themselves in a coffee shop before, and they’ve worked in a coffee shop before.

Startups are about new products in new markets. Fundamentally it is about innovation. Does it have the possibility of changing the world?

You’ll notice that Eric’s definition didn’t say you have to be for profit, an organisation like mySociety is a startup. You don’t even have to be a new organisation, existing large companies can create groups within that are startups, but it is hard and rare (read the Innovator’s Dilemma if you care why).

But typically, startups tend to be new, for-profit businesses, like ScraperWiki that I run. Although that’s partly just because those kinds of startups are more visible.

So why do I care?

I think we’re in a lot of trouble at the moment, things are on edge. As a human race, we have to be innovative to get out of this. Not any old innovation will do (I’ve recently blogged about the kind of thing I think is most helpful).

But if people just carry on the same, setting up the same kinds of businesses, running their charities and governments in the same old ways, then we’re definitely screwed. So I’m glad that Eric is spreading the idea of how to create new, scalable, world-changing organisations, in clear and simple language (his book is a good place to start).

And I’m going to be using the word “startup” in the Silicon Valley sense. Tough.