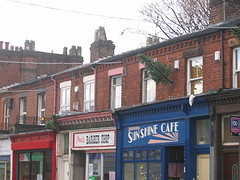 I’m pretty sure lots of people are going to ask me why I just joined the Green party, so here’s the reasons. 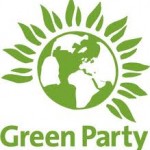 Finally, and to be clear, I think the Labour party, Liberal Democrat party and Conservative party are all excellent. I think the recent Labour Government did many good things particularly in its first term, and I think that the Tory/Lib Dem coalition is doing many good things and will continue to do so too.

I don’t join a party because I agree with everything it thinks. Fundamentally, of course I don’t, I’m unique! And I’m not going to lie and pretend otherwise. Every party is internally a coalition. Call me on it if I ever drink the Kool-Aid and start claiming it is more than that.

In this context, one good thing about the Green Party is that it is democratic. You can change policies using a documented, democratic process. For example, their science policies are in the middle of much needed reform.

Lots of work to do, and that’s the whole point. You don’t get input into the political system by not putting in any input.

Parties have had a bad reputation in recent years. There’s been a kind of twisted war with modern campaigning and the media ratcheting the cynicism up in a spiral – until you can’t work out if it’s voters or politicians who are the worst in their systemically forced negative actions.

I’m having no truck with that, and nor should you.

2 thoughts on “Why I just joined the Green party”