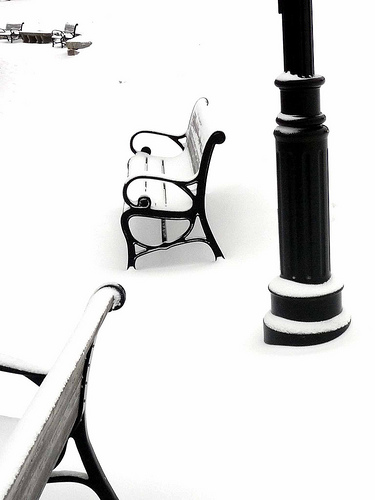 On holiday, Eddie Izzard’s voice guided me round Wales. As we drove, a box smaller than my hand sang songs by a band that broke up nearly 40 years ago, as if they were in the car.

The same part of the US military which created the Internet funded the rat-sized cortex simulations. Most such projects in 60 years of Artificial Intelligence have come to nothing. I wouldn’t bet on them all, always coming to nothing.

The world entered the predicted financial crisis that could â€œmake 1929 look like a walk in the parkâ€. The UK is still at the early stage where, for most, only friends of your friends have lost their job. Expect it to become your friends and maybe you in 2009.

The US President-elect selected a scientist as his Energy Secretary. Three countries and two US states announced their change to the electric car. In December, the company implementing this unveiled their first recharge point in Israel.

A thousand mirrors were lined up in a Spanish desert, to gather the energy of the sun. The new power station will be finished in January. Next up, one twice as large again. It will use tanks of salt to store heat and produce electricity at night.

Finally, the Large Hadron Collider may have been turned on, but they never collided any particles together. Readers still looking for more exotic ways to end our crazy human adventure, perhaps unsatisfied with methane fireballs, can continue to worry about negatively charged strangelets and microscopic black holes for 2009. Until summer, when the first collisions will happen and the world doesn’t end.