I went on a 10 day silent Vipassana meditation course in the Goenka school, at Bodhgaya in Bihar province in north India.

It was a complex event – my emotions and thoughts about it have often changed dramatically in a day. 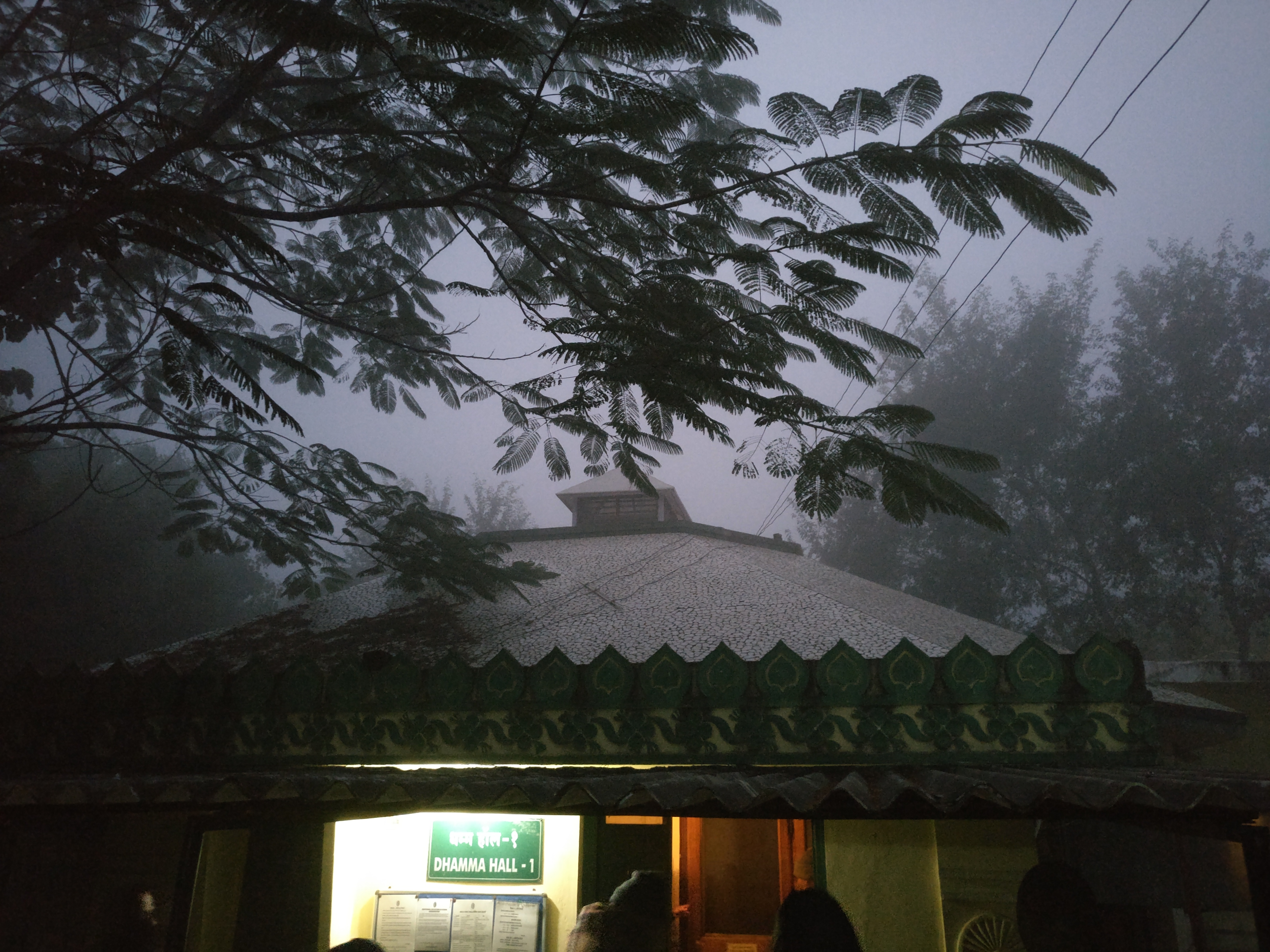 For 9 of the 12 days on site we were silent. Not just no spoken words – also no eye contact, no gestures, no communication with others.

Just as Burning Man has exceptions to its no money rule – coffee, ice, illegal drugs – there are periods you can ask the teacher questions, and sometimes misunderstandings (problems with the audio equipment, an accidentally stolen shawl, a night terror) force communication.

It was wonderous and unique.

It takes away all the primate bullshit we usually wallow in. Who likes who, what does this person think, am I part of a useful group. I’m extrovert enough to love such stuff, yet to have a holiday from it was a relief. So much cognitive load released.

Strangely, this odd relationship makes me feel closer to my room mate because we both honoured it, than if we had talked. Solidarity is subtle, implicit.

(The technical reason for the silence was interesting – it was the only way to stop us ever lieing so we were following monk rules.)

I think it would be quite hard to experience this anywhere else. Communication with others is a large cognitive burden we take for granted and almost always have to do.

It was different, just to note, from loneliness. It was deliberate and complete, you couldn’t feel weak or self loathe for failing to initiate communication. 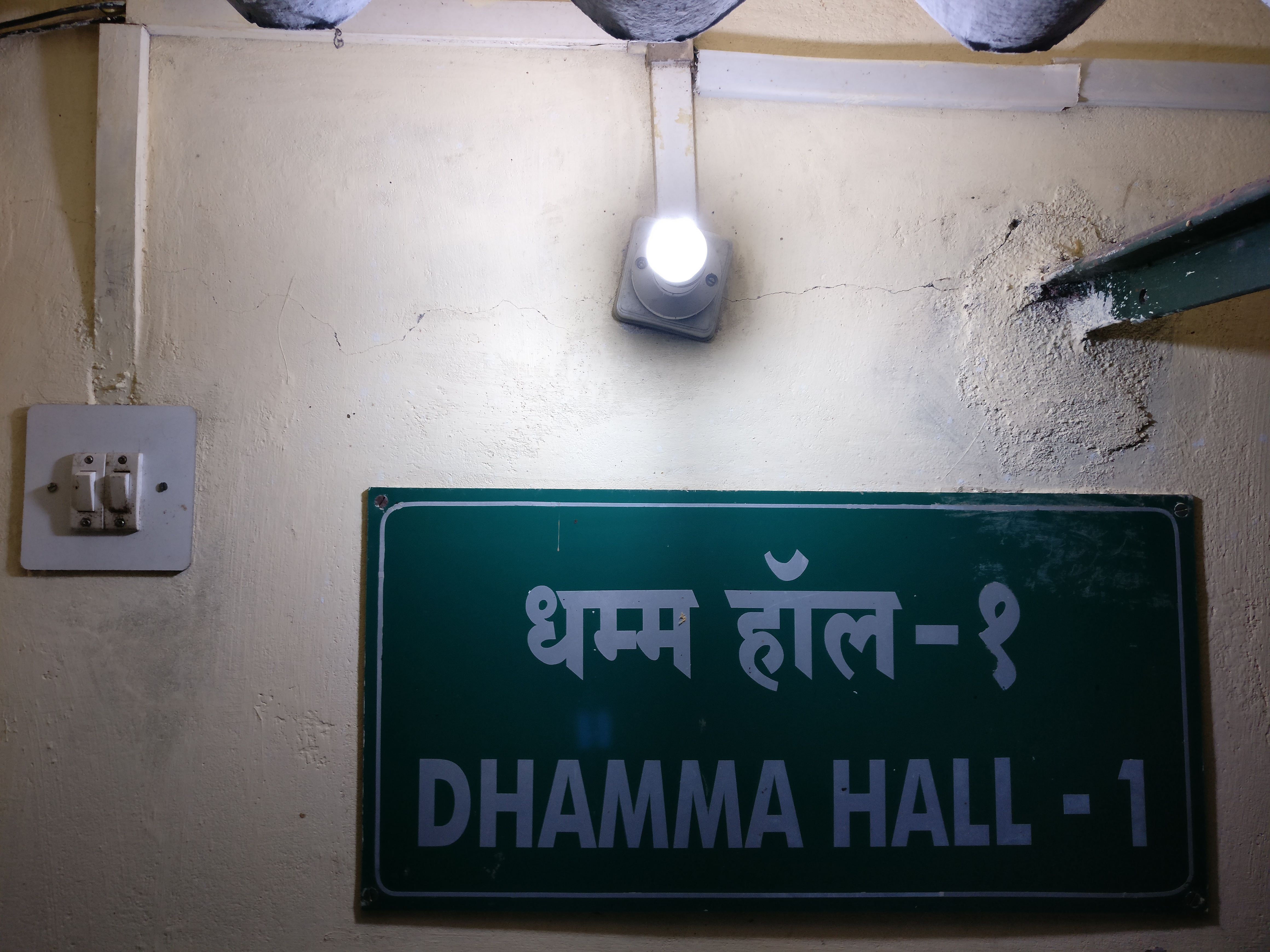 No writing, no reading, no news, no cars (India! So of course there were l horns echoing occasionally in the distance), no money, no choice of food, no commute, no smartphones, no calendar, no radio, no negotiating, no cameras…

The only labour cleaning yourself and your things and your rooms. And meditating.

I’ve avoided news before at Kentwell tudor recreations for two weeks. This was similar just more extreme and complete. Most news is so much junk.

I cried at the end of breakfast on the last day of noble science, knowing it was about to end.

Why can’t we live a little bit more like this? Maybe always cook one meal a day communally, maybe have some more communities you can live in a year or two with no commute. 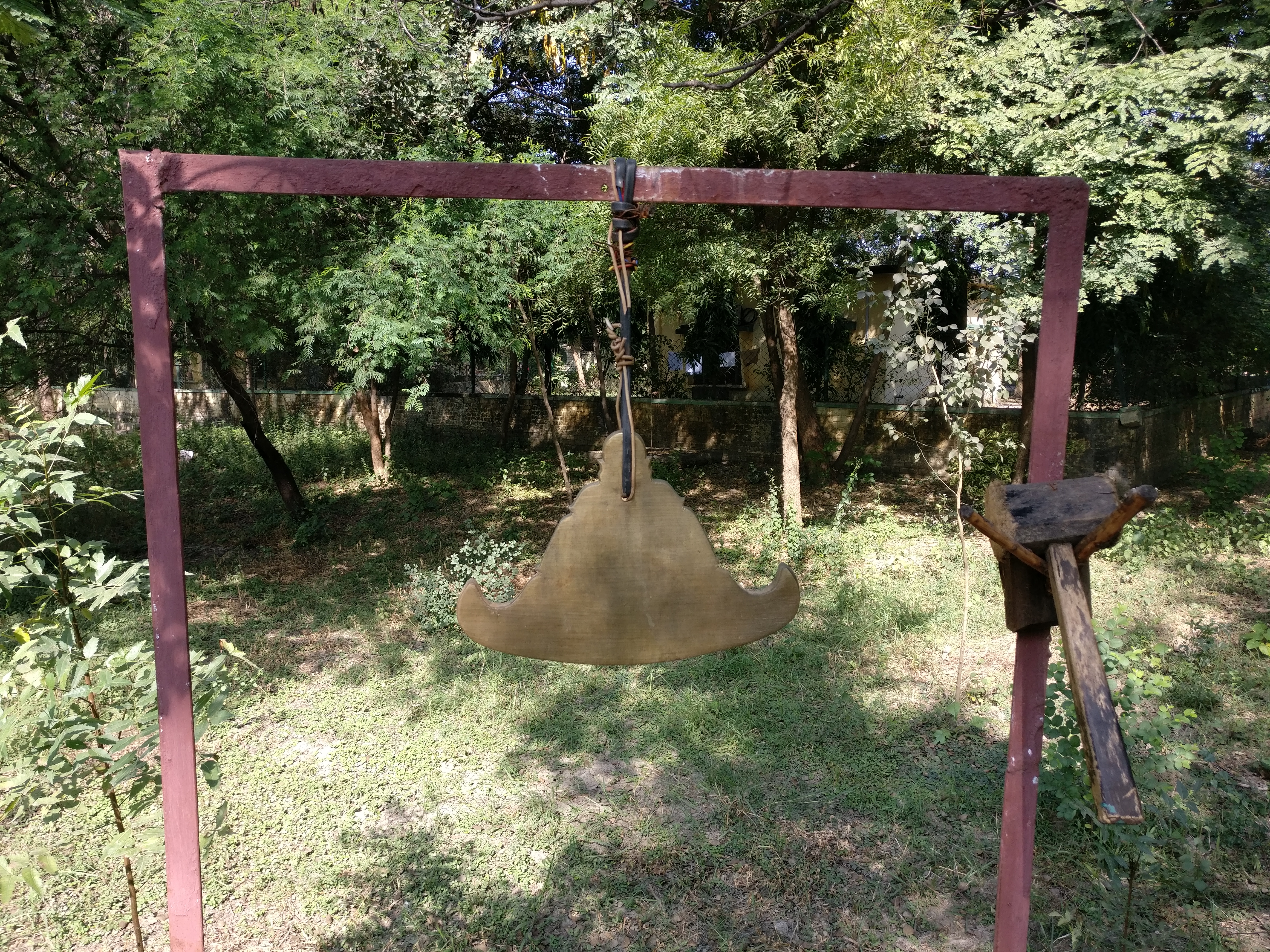 Being forced to meditate ten hours a day with nothing else to do is a good boot camp. By far the most efficient way I think I could have learnt more about meditation.

I’d done little before – used the Headspace app for 20 mins a day for a few months. Tried the hour a day technique in Vinay Gupta’s Cutting Machinery for a few days.

The first few days were Anapana, a breathing attention meditation.

This done intensely gets you past the very basic distractions the mind creates – planning (I started thinking about what I’d do next time I had agency in 10 days time! Which was helpfully clearly absurd), remembering.

I feel more confident about how to watch them pass away, whatever kind of meditation I do in future.

This attention training isn’t the only purpose of the breathing. It focuses down to the upper lip only to enter the next phase,  see 4 below.

I felt nothing of sensations on/of my upper lip – eventually feeling weird insects walking on my nose and having a crazy hallucination like a red computer visualisation of my central face rotating and animated blue of my breathe flow.

A bit nervous I asked the teacher about it and he said it was good as I was concentrating hard enough to make such thing happen. It was at least as dramatic an experience as the ones I was “meant” to have later. And there was no religious interpretation for it… 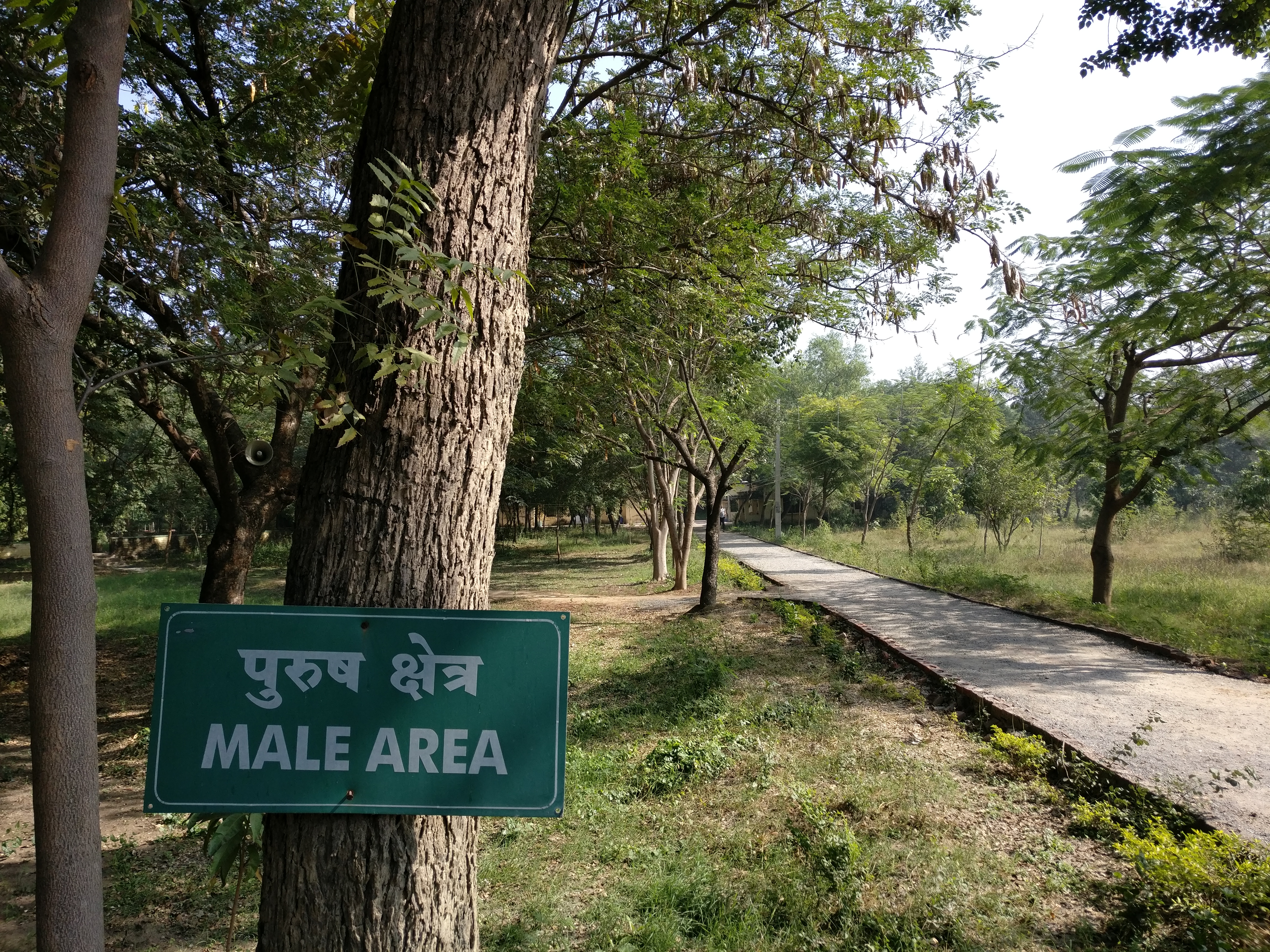 I didn’t like Vipassana, the main technique, at all at first. It involves dwelling on each part of the body with utter attention and noticing the most tiny sensation – a puff of air or the weight of clothes if you can’t find anything else. Tedious in a hard way and feels meaningless – why the senses, rather than say thoughts?

Goenka has this “adhitthana” concept that three times a day at a big group meditation you must be determined not to move for the whole hour. The pain this inevitably creates then, I think, gives you a handle to take hold and form the equanimity you’re meant to be having about your feelings.

Alas, at the end of the seventh day I did this too well (by being meta determined at a higher level) and hurt my knee. This combined with Goenka’s tapes going a bit crazy… Put me in a bad place for two days. See next section below.

On the very very last day after talking to others, I had a couple of really good Vipassana meditations. Managed to not be distracted for more than a second or two or fidget and covered my whole body several times.

It felt useful – I would use it now, especially if in pain or if in need of a non verbal, secular prayer. 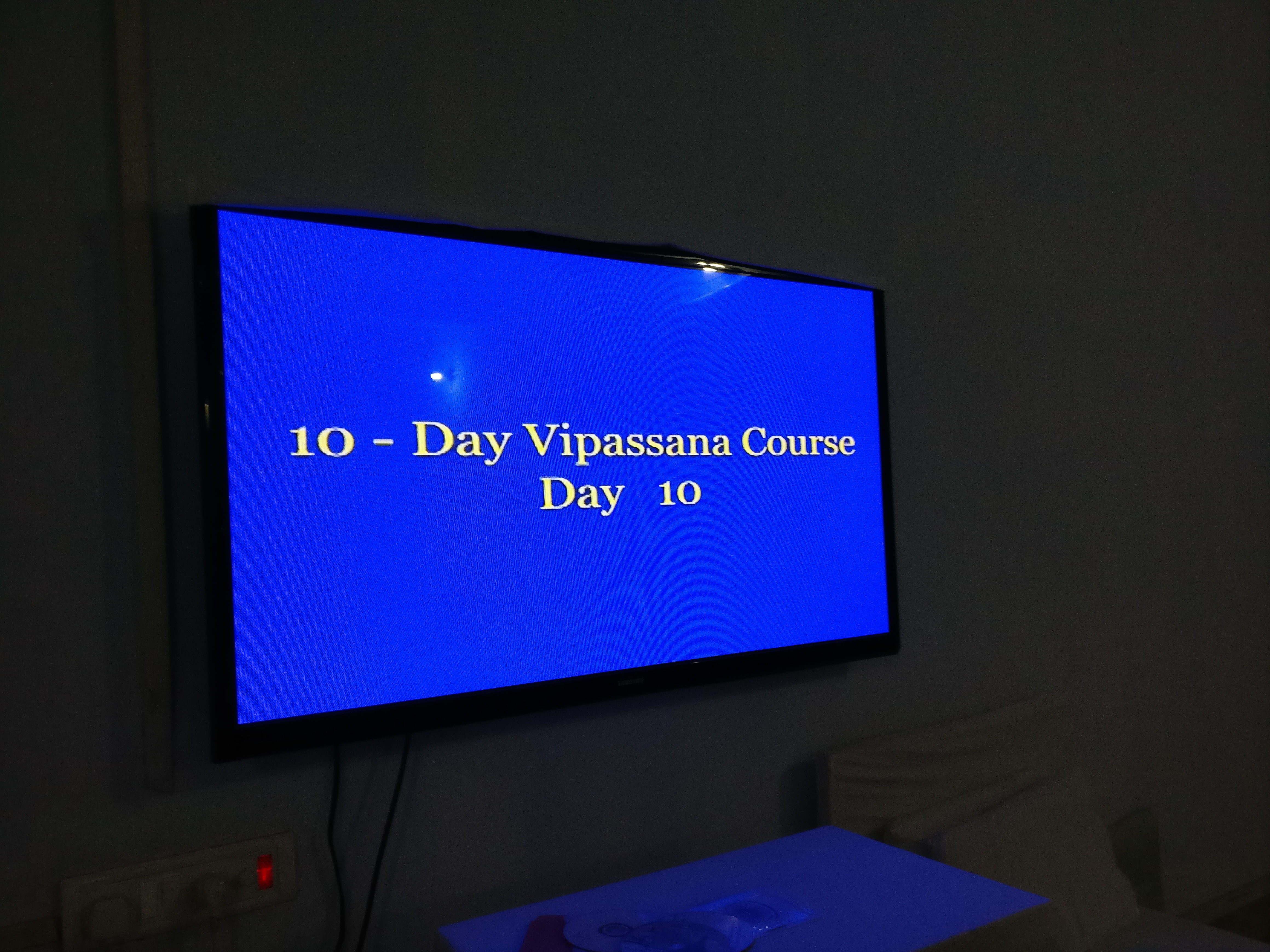 The marketing copy and course claim to be secular. They’re not. Goenka’s Vipassana centres are in my view an evangelical Buddhist sect. That’s cool, however I feel tricked because that isn’t made clear.

Constantly the materials say it is all about what you observe yourself. Which it to some extent is, and they have lots to teach on that.

However in the training audio and daily chatty video of the founder Goenka, he is religious. As a basic example, he assumes reincarnation. A controversial supernatural belief, of which even his view seems naive to me (more like a Hindu soul than a recycled aggregate).

More worryingly, he imposes his beliefs about what we are experiencing on us, and in the case of laggard students like me, does so before I even had the experience. Umm, it’s dangerous to prime me to think an unusual new mental experience has a certain meaning!

When you do Vipassana long enough – some people on day 7 of their first retreat, others it takes a while longer – you start to sense “subtle sensations” and then experience a “free flow” where your mind rapidly scans your body. This is reproduceable experience, although I got the barest hint of it. Most attendees felt it and describe it consistently.

Goenka interprets this experience as our “sankhara” being cleansed. He gets fervent, it sounds like he thinks that the meditation is removing sins from past lives. He says if you get gross sensations,  that is such sins coming back out and you must work harder, meditate more (with equanimity) to remove them.

The teaching materials got more and more desperate to drive us to work to cleanse ourselves. They claimed this is the only one way to do that. Not just Buddhism, not just Vipassana, but this very specific method preserved in Burma for a thousand years.

I was having technical problems myself at the same time (see “Pain” above) and the combination meant I stopped working on the eighth day. I had to stretch my sore knee all the time anyway. It was gruelling, I felt lonely. I nearly left.

The chanting Goenka does in his abrasive voice was like scratching my ears with nails. (Except for some reason at breakfast!)

I spent two days doing just Anapana, then just thinking. Which by the end was lovely too. 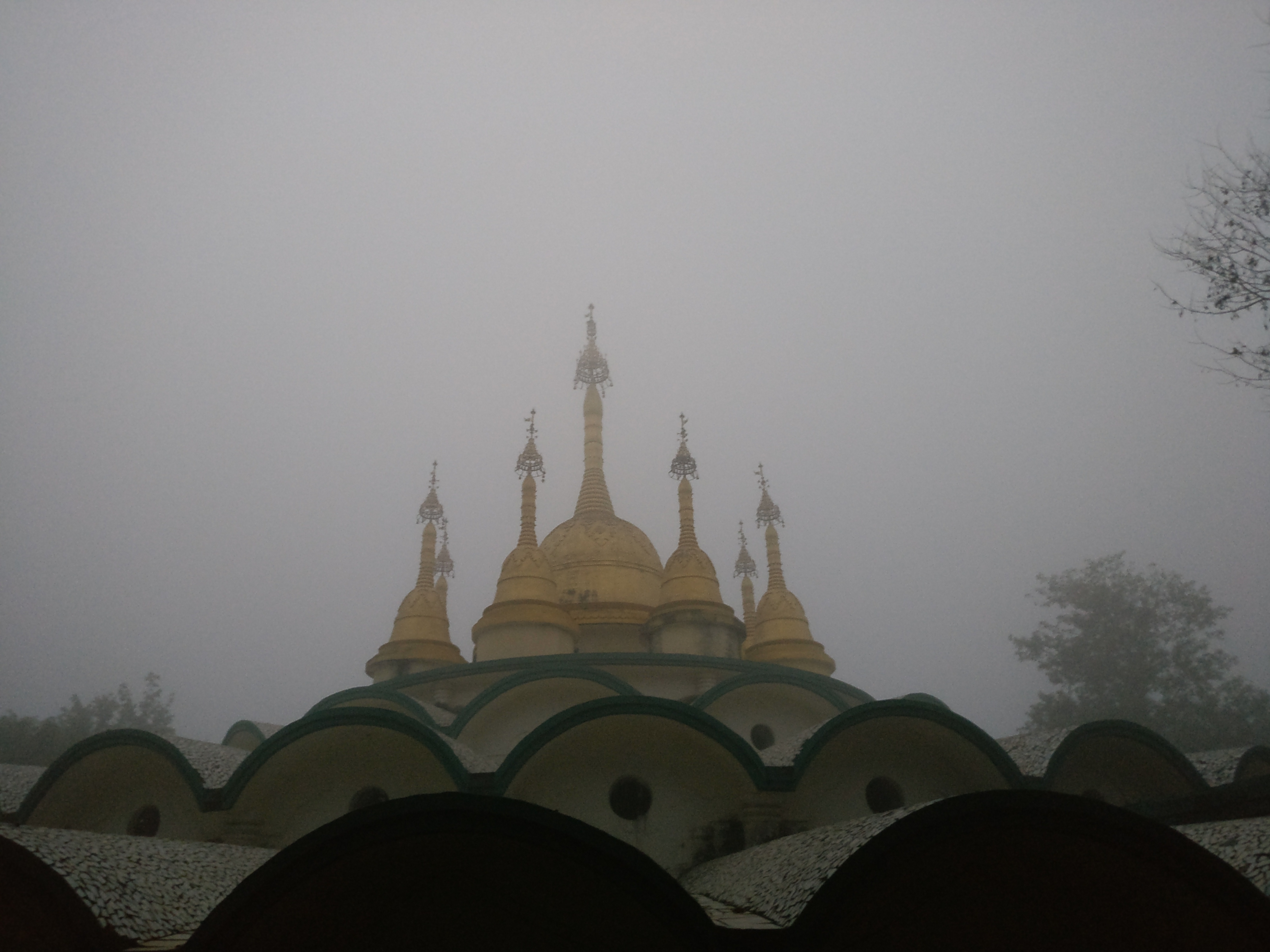 I was surprised when we came out of silence that everyone else was really happy. Maybe half the people were Indian, half Western.

They enjoyed it, some are on their second or fifth course, others are new and don’t think it was too evangelical.

Social conditioning kicks in, and I wonder if I’m mad. Did the isolation drive me crazy?

Later I read up more online, and unsurprisingly find well written, interesting criticisms. This summary of three of them is the best starting point.

The Vipassana people turn out to be lovely and interesting. For various reasons, I spent a few more days than I intended with them in Bodhgaya after the course.

There’s an instant bond and solidarity. They’re open and kind, from all over the world. People trying to improve themselves. Some with an energy of calm that can’t be faked.

I feel part of them. Even though I still think it’s a religious sect with a cleverly marketed meditation course that causes it to spread.

Not so different from things I’ve seen and done in Christianity?

I feel more deceived than I was there. The evangelism is less honest. I don’t claim to be objective about this, it may be cultural stuff that I misinterpreted. 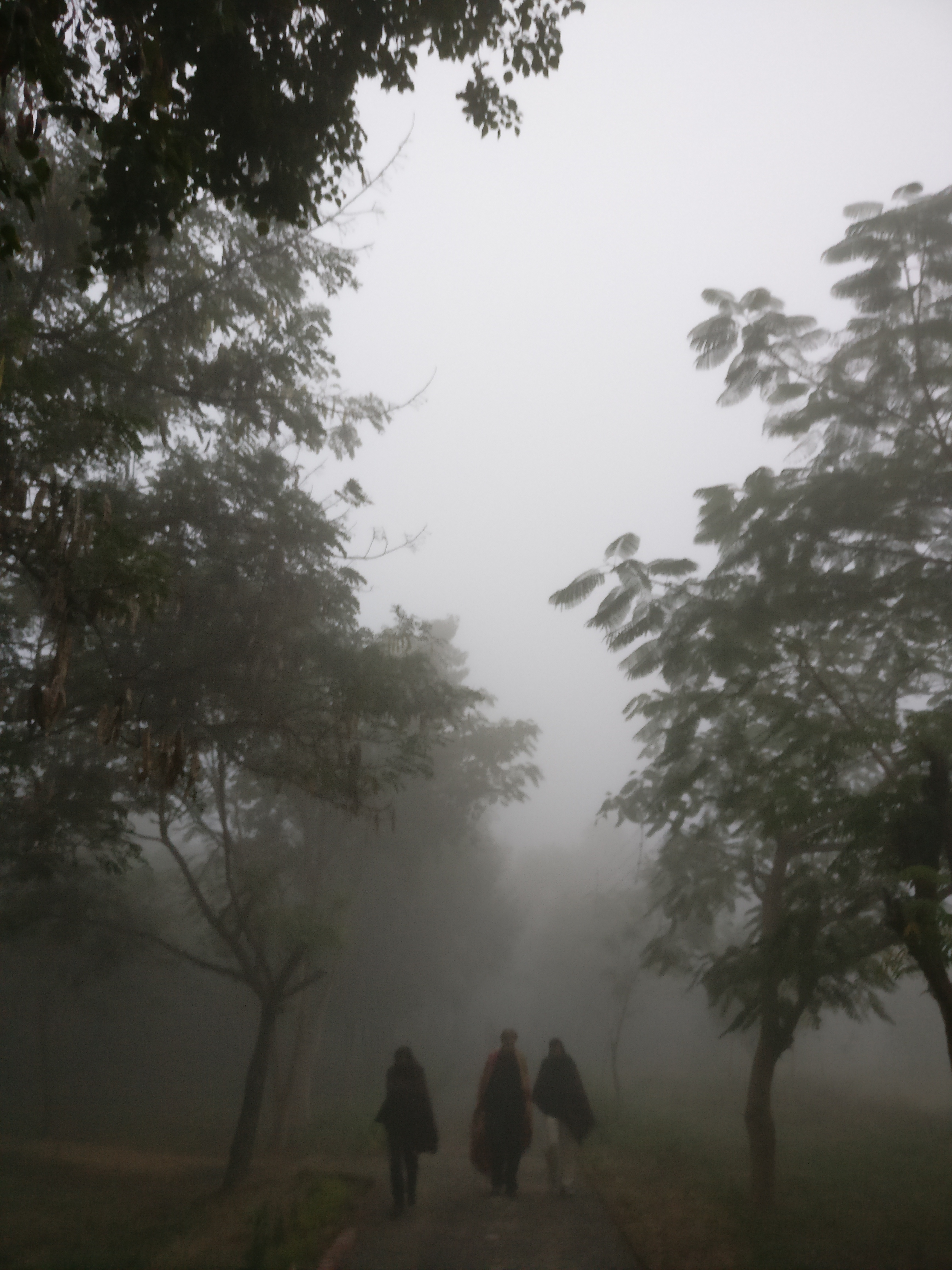 So, the practice is to have detailed attention and to be equanimous about what you observe. Over and over again with no distractions.

It is great. Especially if you’re prone to anger, or to dwelling on bad things. Useful just at a basic self help level.

Even if you know there is no point being riled by things you’re not going to change, how else do you bake that attitude deep into your soul?

My big problem with it culturally is the way it devalues the senses and the wonder of the physical world. Isn’t our will to power also glorious? Where is the joy in dancing, in loving, in craving, in living? Can’t a meditation embrace this, not cut it out?

Finally, maybe just maybe the meditation goes somewhere more. As well as self help, are there useful insights you get? Does the world as it really is unravel before you? Or is it just worship of odd mental phenomena?

And is it really not possible to study these mind phenomena scientifically, methodically, carefully? Why not?

Overall, I’d recommend the course just for the experience of noble silence.

Or just as an intense bootcamp to get you over some very early meditation hurdles.

Or just as a very personal religion lesson on how spiritual beliefs can spread.

Or just as a way to meet a whole new interesting category of people you haven’t met before.

Or just as a more provocative, engaging philosophy prompt than reading another book.

So five recommendations from me, probably worth going! Just be aware it may be tough, and Buddhism is a religion, not a philosophy.

Also, other similar traditions run similar courses, although they’ve less centres. Check them out too.
Equanimous.